Police video showing a Black man being detained in handcuffs and accused of fraud while trying to cash his paycheck at a bank in Minnesota is the latest example of “banking while Black,” according to lawyers, advocates and other customers who have shared similar experiences across the country.

The bank manager questioned Morrow, according to police reports, because the bank had received several other fraudulent checks.

As first reported this week, Morrow’s paycheck was real, and the video shows the bank manager did not call to verify that fact until after police arrived and put the 23-year-old Black man in handcuffs.

“I kept saying my check is not fake and I work for this company, and he said, ‘well, prove it,” Morrow said. 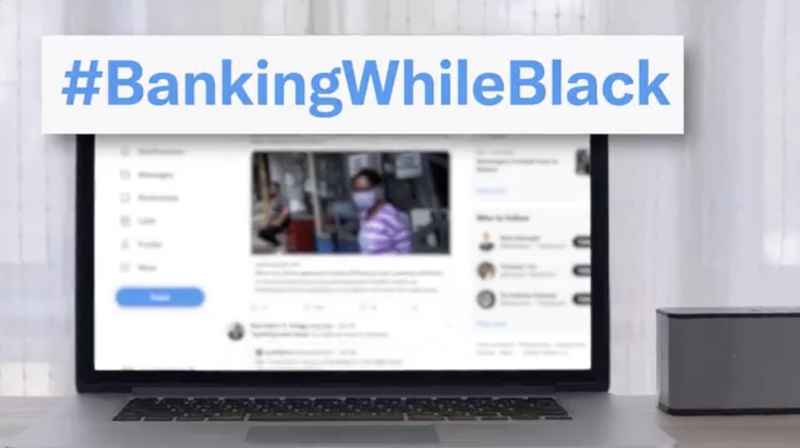 Some of the details of Morrow’s case are remarkably similar to what happened to another Black man, Sauntore Thomas, at a Detroit area bank in January 2020.

Thomas was trying to deposit and cash settlement checks from a workplace discrimination case when staff at then TCF Bank called the police.

“They assumed that I had a fraudulent check,” Thomas told ABC TV station WXYZ. “I just sat there. I didn’t get excited. I didn’t get loud… I was very composed even though it was a very stressful situation to be in.”

A spokesperson for TCF Bank issued an apology at the time, and Thomas reportedly reached an agreement with the bank out of court.

“These things are happening”

John Pittman III says staff at a San Diego area Bank of America branch told him they called police when he tried to cash a large insurance check after a car accident.

Pittman says he had additional paperwork from the settlement, two forms of ID, and his insurance agent on the phone, but it wasn’t enough to avoid suspicion because the check did not have the “III” suffix after his last name.

“The assistant manager goes away again and comes back and says, ‘we’ve alerted the authorities,'” Pittman said. “I understand them checking, but when she said they’ve notified authorities? That was just totally uncalled for.”

After filing a consumer complaint with the Better Business Bureau, Pittman says someone with the bank followed up to tell him staff never made the call to authorities.

“She came back and said, ‘oh, well, the manager who was there says that they didn’t really call the police… They pretended they were just to get you to leave,'” Pittman recalled.

He says hearing of Joe Morrow’s experience in Minnesota only reinforces his belief that his story and others need to be told.

“Some people have said, ‘oh well, if you’re not doing anything wrong, police would never be involved.’ That’s not true at all,” Pittman said. “It’s important for the public to know these things are happening.”

Samuel Myers, Jr. has researched racial disparities in banking for more than 30 years during his time as a professor at the University of Minnesota.

He says the experiences of Black customers are nothing new but is glad they are now coming to light.

“These kinds of phenomena exist. The difference in Minnesota is that it’s really hard for people in Minnesota to interpret this,” Myers said. “The point is that you don’t have to be a conscious, insidious, hostile bigot in order to engage in actions that have a discriminatory effect.”

Advocates such as Hudson Munoz with the Committee for Better Banks in Washington, D.C., say they have made some progress in recent years with increased dialogue and accountability, but there is more work to be done.

“Banks need to be transparent about the work that they’re doing to address how bias leads to mistrust,” Munoz said. “The conversations are happening now, but it’s not going to be a quick fix, and it certainly isn’t helped by a bank teller calling the police on a customer who is trying to cash a check.”

The bank continues to deny that Morrow was treated differently because he is Black.
“After a thorough internal investigation, there is nothing to indicate that the customer’s race or ethnicity played a factor in the service he received at this branch,” U.S. Bank spokesperson Lee Henderson said last week.

There is no reliable data to indicate how often incidents of suspected discrimination are happening at banks — many cases are either not reported at all or are settled out of court and out of public view.

Joe Morrow’s encounter with police at U.S. Bank in Columbia Heights only became public because he consented to the release of the body camera video to 5 INVESTIGATES two weeks before agreeing to a confidential settlement with the bank.

As a result, state law required police to blur and mute Askwith in the video, so he cannot be heard in a final exchange that shows him speaking and gesturing to Morrow before finally cashing his paycheck.

“(The manager) said, ‘I know you’re mad at me and frustrated, but whatever happens to me happens to me.'” Morrow said. “So, he knew what he did was messed up.”