Prosecutors say "troubling new allegations" involving a suspected labor trafficker could lead to additional criminal charges after 5 INVESTIGATES found him back on the job site of a major Twin Cities developer this week.

Ricardo Batres was in court in Hennepin County Friday morning for a previously scheduled hearing on labor trafficking and theft charges. Batres is accused of trafficking undocumented workers to construction sites in the Twin Cities, stealing their wages, blocking medical treatment for injured workers and threatening to report them to ICE.

He’s currently out on bond but Assistant Hennepin County Attorney Morgan Kunz said Friday that Batres may have violated the conditions of his release.

Asked to comment, Batres’ attorney, Fred Bruno, claimed he had "no idea" what allegations prosecutors were referring to in court.

This comes one day after 5 INVESTIGATES aired pictures and videos of Batres back on a construction site in Richfield being developed by Reuter Walton. 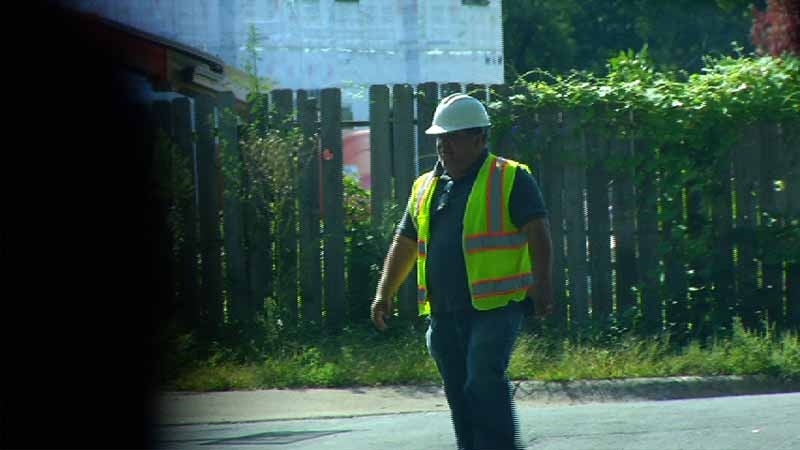 Batres had previously worked on Reuter Walton sites prior to his arrest last fall. The company fired the sub-contractor that hired him, denied having any knowledge of the allegations and recently announced new hiring procedures to make sure sub-contractors are following all labor laws.

Nick Walton, one of the owners of the company, initially and firmly denied that Batres was back on one of their sites.

A company executive retracted those statements the following day and confirmed that Batres had been working on the site under an alias. Reuter Walton blamed a now fired sub-contractor for hiring Batres and says none of their employees were aware that he was on their site.

Batres is scheduled to stand trial in November. It’s one of the first significant labor trafficking cases being prosecuted in Minnesota.