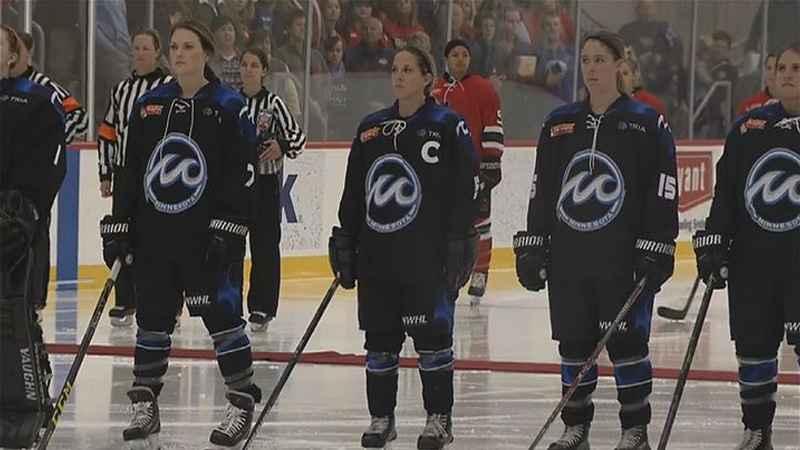 The National Women’s Hockey League called off the remainder of its season Wednesday on the eve of the playoffs because of additional positive test results for the coronavirus.

The NWHL cited safety concerns for what it called the suspension of play inside a quarantined bubble in Lake Placid, New York. COVID-19 instead wreaked havoc on the two-week event.

Two of the league’s six teams had already withdrawn from the tournament, with the Metropolitan Riveters citing “several” virus cases. The league did not confirm the Connecticut Whale’s departure was illness-related and said only it accepted their decision to forfeit a game and withdraw.

The Riveters’ departure last Thursday led the NWHL to postpone all games that day with play resuming Saturday. Coach Ivo Mocek said at the time: “Our team is heartbroken to not have the chance to compete for the Isobel Cup, but we are aligned with the league in prioritizing the well-being of all of the players and staff.”

The NWHL had an agreement with Yale University to provide saliva-based COVID-19 testing for players and staff, similar to what the NBA used for its Disney World bubble last year. Even that testing couldn’t keep the virus out.

Two semifinal games Thursday and the final Friday were set to be televised nationally in the U.S. on NBC Sports Network, putting women’s hockey in a prominent spotlight a year away from the Beijing Olympics.

The end of the NWHL bubble experiment came on the same day the rival Professional Women’s Hockey Players Association announced it will play a game at New York City’s Madison Square Garden on Feb. 28. The PWHPA is made up of 125 of the sport’s biggest stars, including those on the U.S. and Canadian national teams, who banded together in the hopes of forcing the creation of a new pro league.

The game at MSG comes 13 months after PWHPA players took part in NHL All-Star Weekend. It will be the first professional women’s hockey game at the storied arena.

“This is a major milestone for women’s hockey and young girls who aspire to play professional hockey but don’t have the option to make it a career today,” said Hockey Hall of Famer Jayna Hefford, an operations consultant for the PWHPA.

The NHL’s New York Rangers are hosting the women’s game with the team playing at Buffalo that day. Rangers president John Davidson said the team is “excited to play even a small role in helping elevate visibility for the women’s game.”

“The talent level of women’s hockey is simply incredible," Davidson said. “We all love this sport so much and any opportunity the Rangers have to participate in its advancement is something we want to be a part of. It’s a win for everyone involved.”

The game in New York is set to be the first stop on the second “Dream Gap Tour,” with others around the U.S. and Canada to be determined. The announcement was made on National Girls and Women in Sports Day.

“Investing in and advancing women’s hockey strengthens the game overall and creates a range of professional opportunities for women as coaches, front office executives and athletes,” said Mary-Kay Messier, Bauer Hockey vice president of global marketing and an adviser to the PHWPA.