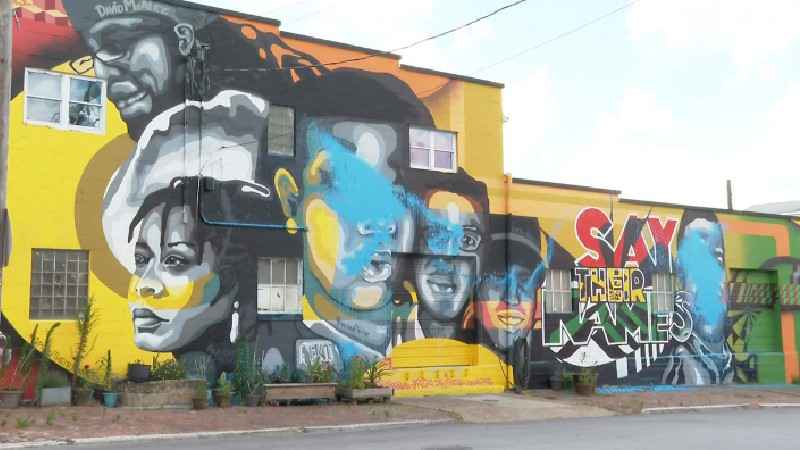 A mural in Kentucky that depicts Breonna Taylor, George Floyd and other Black people recently killed by law enforcement has been defaced, officials said.

Louisville Metro Police Department spokesman Dwight Mitchell told the Courier Journal that the agency was "collecting evidence and canvassing the neighborhood for any witnesses.”

Braylyn Resko Stewart, an artist who helped create the mural, said he was in “disbelief” when the building’s owner sent him a photo of the damage. He said the mural would be restored.

It is unclear who vandalized the artwork, though the name of a hate group was painted on the mural.

The incident follows damage earlier this month to another mural of Breonna Taylor in the city. A $2,500 reward has been offered for information in that case.

Taylor, an emergency medical worker, was fatally shot by Louisville police in her apartment during a no-knock search warrant on March 13, 2020, after Taylor’s boyfriend fired a shot at officers.