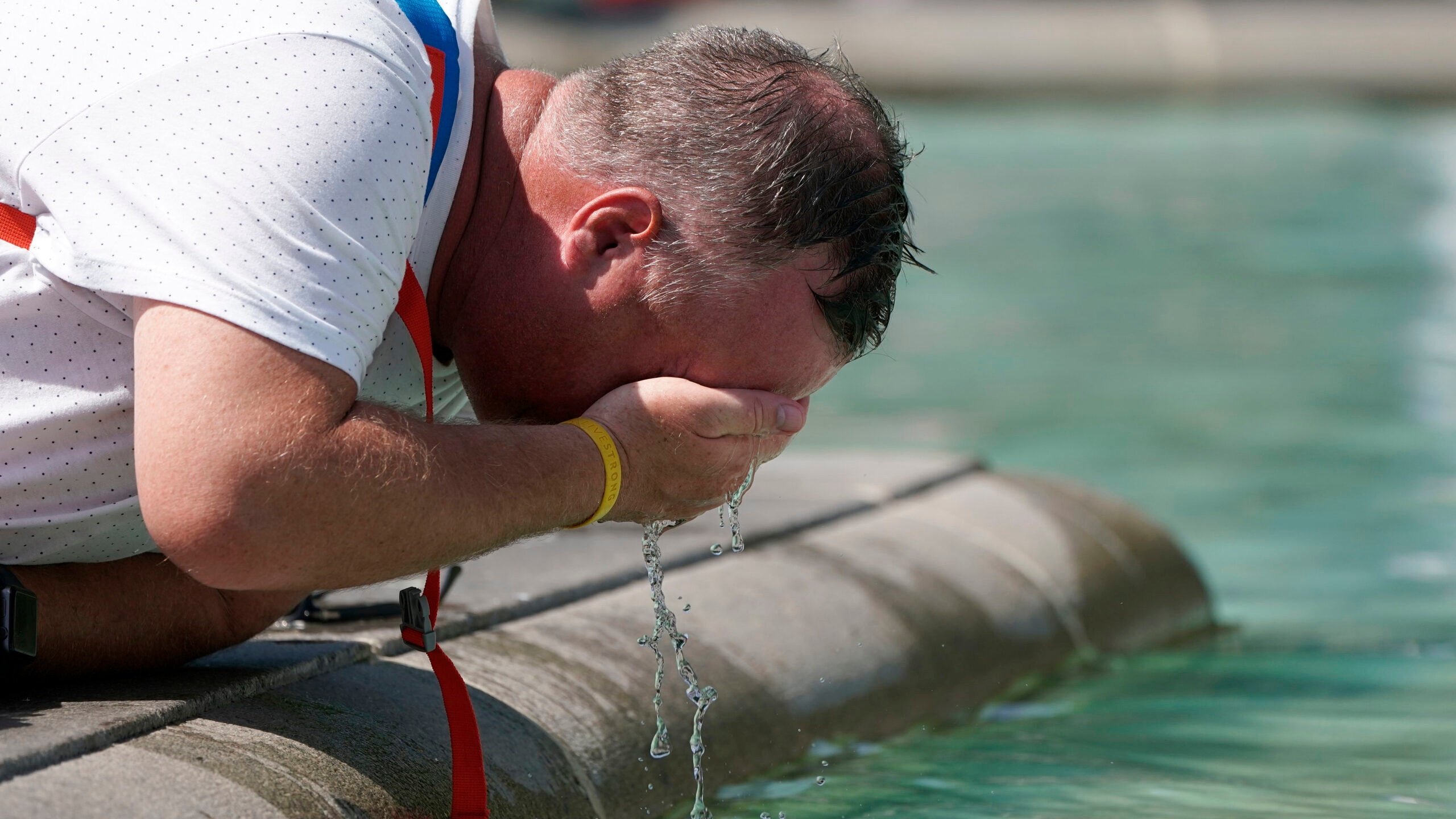 A man refreshes his face at a fountain in Trafalgar Square in central London, Tuesday, July 19, 2022. (Aaron Chown/PA via AP)

The mayor of London says a heat wave that has brought temperatures of 40 degrees Celsius (104 Fahrenheit) is causing a “huge surge” in the number of fires in the city.

The blazes include a grass fire in Wennington on the eastern edge of the city that is being tackled by 100 firefighters.

The London Fire Brigade said it had declared a “major incident,” which means it can call on resources from other emergency services.

The typically temperate nation is the latest to be walloped by unusually hot, dry weather that has triggered wildfires from Portugal to the Balkans and led to hundreds of heat-related deaths.