LEADING OFF: Pads-Nats resume after shooting outside DC park 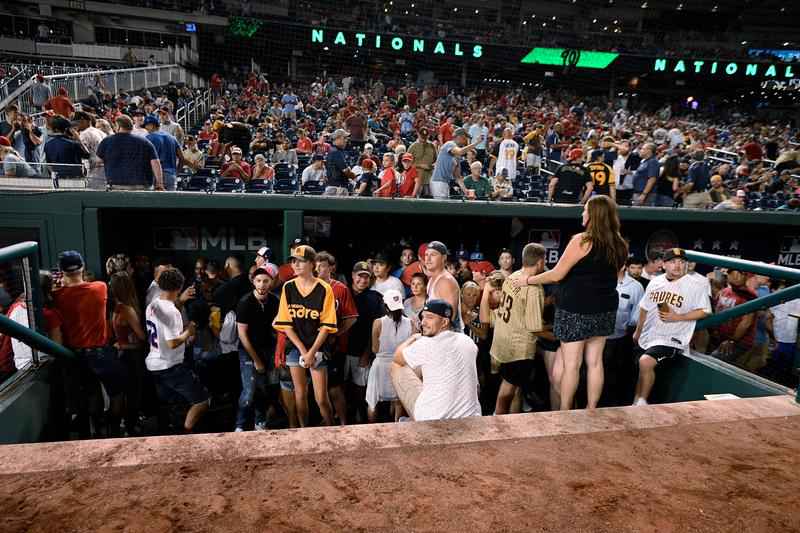 Spectators stand in the visiting team dugout during a stoppage in play due to an incident near the ballpark in the sixth inning of a baseball game between the Washington Nationals and the San Diego Padres, Saturday, July 17, 2021, in Washington.[AP Photo/Nick Wass]

The San Diego Padres and Washington will resume their game after it was suspended because of a shooting outside Nationals Park. The game Saturday night was halted in the sixth inning with the Padres ahead 8-4. The shooting caused echoes of gunfire inside the stadium and prompted many fans to clear the seats and sent some scrambling for safety in the San Diego dugout. The shooting was an exchange of gunfire between people in two cars and left three people injured, according to Ashan Benedict, the Metropolitan Police Department’s executive assistant police chief. He said one of the people who was shot was a woman who was attending the game and who was struck while she was outside the stadium.