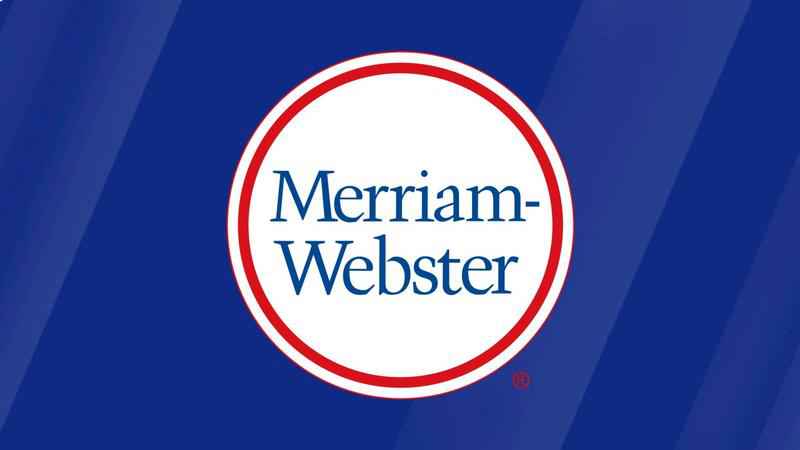 Merriam-Webster has added 455 new words to its venerable dictionary, including a number of abbreviations and slang terms that have become ubiquitous on social media.

"Just as the language never stops evolving, the dictionary never stops expanding," the nearly 200-year-old Springfield, Massachusetts-based company said on its website. "New terms and new uses for existing terms are the constant in a living language."

The dictionary company said the quick and informal nature of messaging, texting, and tweeting, which has only increased during the pandemic, has "contributed to a vocabulary newly rich in efficient and abbreviated expression."

Merriam-Webster explains that FTW is used "especially to express approval or support. In social media, FTW is often used to acknowledge a clever or funny response to a question or meme."

And it says "amirite" is a quick way to write "am I right," as in, "English spelling is consistently inconsistent, amirite?"

The coronavirus pandemic also looms large in the collection of new entrants as "super-spreader," "long COVID" and "vaccine passport" made the list.

Partisan politics contributed more slang to the lexicon, such as "whataboutism," which Merriam-Webster defines as "the act or practice of responding to an accusation of wrongdoing by claiming that an offense committed by another is similar or worse." For Britons, the dictionary notes that "whataboutery" is more commonly used.

The dreaded "vote-a-ramas" that have become a fixture in the U.S. Congress is explained this way: "an unusually large number of debates and votes that happen in one day on a single piece of legislation to which an unlimited number of amendments can be introduced, debated, and voted on."

And still other new terms come from the culinary world, such as "fluffernutter," the homey sandwich of peanut butter, marshmallow crème and white bread.

Horchata, the cold sweetened beverage made from ground rice or almonds and usually flavored with cinnamon or vanilla, also made the cut, as did chicharrones, the popular fried pork belly or pig skin snack.

As for "dadbod"? The dictionary defines that as a "physique regarded as typical of an average father; especially: one that is slightly overweight and not extremely muscular."