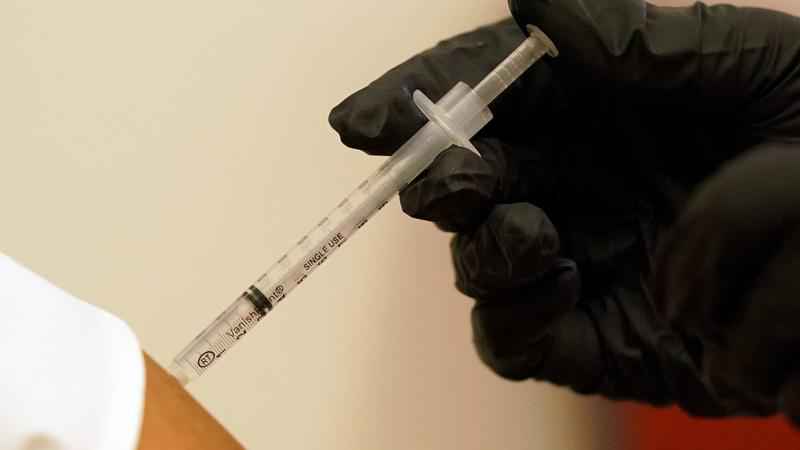 FILE - A woman is injected with her second dose of the Pfizer COVID-19 vaccine at a Dallas County Health and Human Services vaccination site in Dallas, Thursday, Aug. 26, 2021. Health officials say they have more evidence that vaccinations can offer better protection against COVID-19 than natural immunity from a prior infection. A new study released Friday, Oct. 29, found that unvaccinated people who had been infected months earlier were 5 times more likely to get COVID months than fully vaccinated people who did not have a prior infection.[AP Photo/LM Otero, File]

Health officials on Friday offered more evidence that vaccinations offer better protection against COVID-19 than immunity from a prior infection.

“These data show, pretty strongly, that the vaccines are more protective against symptomatic COVID,” said Dr. Mike Saag, an infectious disease expert at the University of Alabama at Birmingham who was not involved in the study.

The study looked at data from nearly 190 hospitals in nine states. The researchers counted about 7,000 adult patients who were hospitalized this year with respiratory illnesses or symptoms similar to those of COVID-19.

The study echoes some earlier research, including studies that found higher levels of infection-fighting antibodies in vaccinated patients.

Saag called the research well done and convincing. He also said it is important information for parents at a time that the government is gearing up to expand its vaccination campaign to more children.

“There have been many people who have advocated, ‘Well, let’s just let the kids get infected.’ I think these data support the notion that the vaccines work better in general, and likely work better for 5- to 11-year-olds,” Saag said.

There was not enough data to reach any conclusion on the Johnson & Johnson vaccine, the authors said.