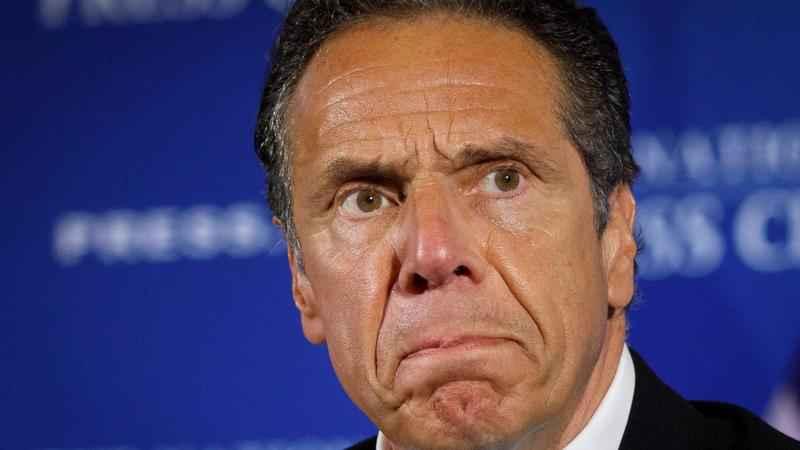 The transcripts covered interviews done with 10 of the women who accused Cuomo of misconduct, plus the interview that Cuomo himself gave on July 17 to independent investigators hired by Attorney General Letitia James.

During his lengthy interrogation, Cuomo denied many of the allegations, said he was careful in how he behaved around women and said several of his accusers had misrepresented what happened. He also bristled at a groping allegation by an aide, Brittany Commisso, who said the Democrat had pulled her to him and grabbed her breast in the governor’s mansion.

Cuomo, 63, said it would be an “not even feasible” for him to have done that, especially since he believed that his conduct was constantly under scrutiny by enemies, including one of the lawyers then investigating him, former acting U.S. Attorney Joon Kim.

“You’ve investigated me for six years," he told Kim, referring to corruption investigations conducted by federal prosecutors during Kim’s tenure, including one that sent one of Cuomo’s close friends to prison. “I would have to lose my mind to do some — such a thing. It would be an act of insanity to touch a woman’s breast and make myself vulnerable to a woman for such an accusation."

“Numerous people have tried to set me up,” Cuomo said. “I’m always wary of people. I have phenomenal precautions. It would be an act of insanity.”

In her interview with investigators, Commisso said that while working in the governor’s office was a “dream job," he made quips about her appearance, called her “honey" and asked her about her sex life. She said when she wore a dress rather than pants to work, Cuomo said it was “about time that you showed some leg.”

She also described the alleged assault at the governor’s mansion, saying that even as she pushed Cuomo away, she worried she would be the one who got in trouble if she slapped him or made a scene.

Cuomo announced his resignation on Aug. 10, a week after James released a report concluding that Cuomo had sexually harassed at least 11 women.

Investigators said the then-governor had kissed and touched multiple women without their consent, made inappropriate remarks about their looks and created a work environment “rife with fear and intimidation.”

Cuomo denied harassing any of the women, saying that his behavior, while sometimes “too familiar,” had been used against him in a political environment where “rashness has replaced reasonableness.”

The public airing of harassment complaints began in December 2020 when onetime Cuomo aide Lindsey Boylan accused the governor of sexually harassing her “for years” in a series of tweets.

Other accusers cited in the report included a state trooper assigned to Cuomo’s detail and an energy company worker who said Cuomo ran his fingers on the lettering that ran across the chest of her shirt when they met in a rope line in 2017.