However, that night, Mother Nature played a trick on Minnesota.

Why Minnesotans still talk about the great Halloween blizzard of 1991, 30 years later

It started with light snow that evening and ended days later as a record-setting winter storm that has become part of Halloween folklore in the state.

Did you know the storm that walloped the state was connected to a famous "perfect storm" out east that happened at the same time? Meteorologist Wren Clair explains via the video player above. 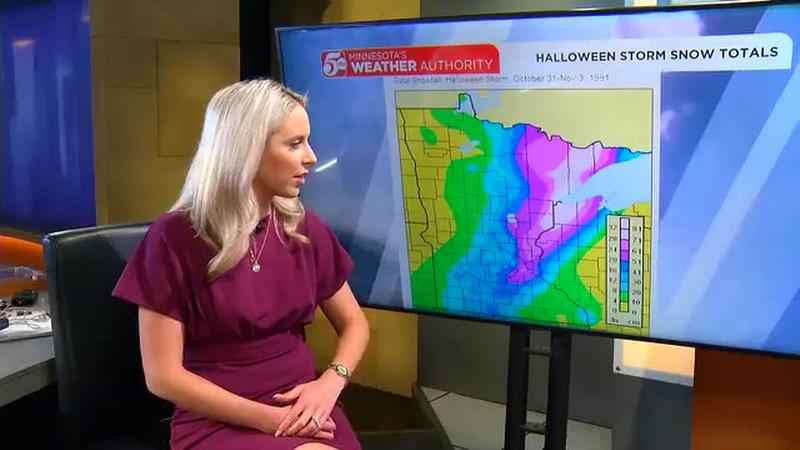