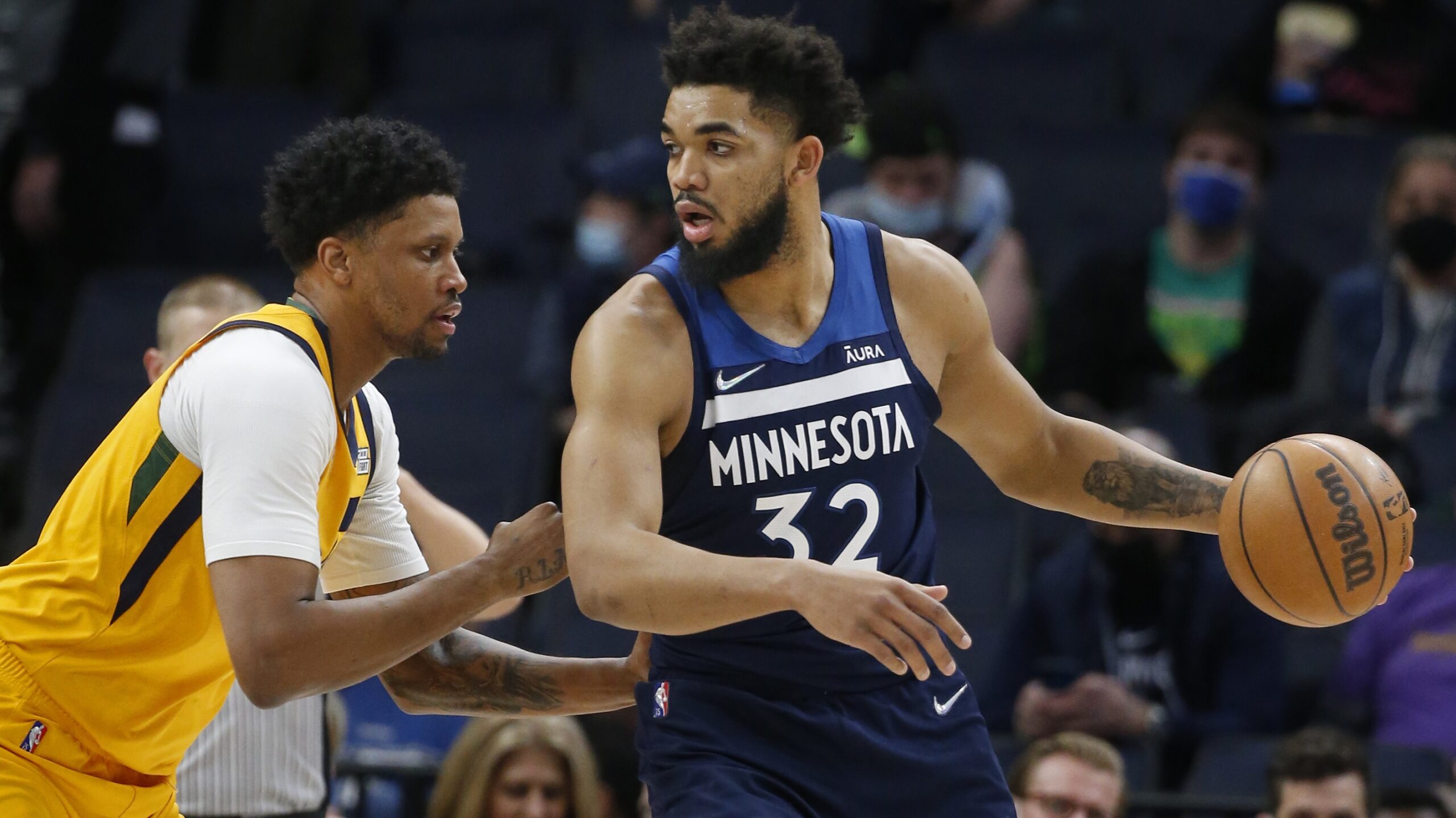 Karl-Anthony Towns had 31 points, 11 rebounds and 10 assists, Jaden McDaniels scored a season-high 22 points off the bench, and the Timberwolves routed the shorthanded Utah Jazz 126-106 on Sunday night.

Towns caught fire in the third quarter, scoring 16 straight points as the Wolves pushed their four-point halftime lead to 17 entering the fourth quarter. McDaniels’ 22 points came on a perfect 9-of-9 shooting, including 3 of 3 from deep.

Utah didn’t have much of an answer for Towns. The Wolves’ big man picked up his 10th assist late in the fourth quarter on a corner 3-pointer by Jordan McLaughlin. It was his second career triple-double.

Bojan Bogdanovic scored 23 and Mike Conley 22 for Utah, which lost its fifth straight.

Playing without Donovan Mitchell (concussion) and Rudy Gobert (left calf strain), the Jazz suffered another setback when veteran forward Joe Ingles exited the game in the second quarter with a left knee injury. Ingles’ left leg buckled as he drove to the basket with 5:52 remaining. The Target Center crowd went silent as Jazz teammates and staff surrounded Ingles.

Ingles eventually was helped off the court but wasn’t putting any weight on his left leg. The seven-year veteran was averaging 7.4 points per game for Utah this season. The team announced he will have an MRI on his knee on Monday in Salt Lake City.

Mitchell, Utah’s leading scorer, missed his seventh straight game and Gobert was out for his fourth in row. Plus, Jazz coach Quin Snyder wasn’t on the sidelines because he has entered the league’s health and safety protocols. Assistant coach Alex Jensen served as Utah’s head coach.

Jazz: Danuel House Jr. was out Sunday due to health and safety protocols. House signed his third 10-day contract with Utah on Friday and is averaging 8.3 points per game for the Jazz.

Timberwolves: Prior to Sunday’s game, Minnesota recalled Leandro Bolmaro from the G League Iowa Wolves. Bolmaro has appeared in 24 games with Minnesota this year.