Kendall Qualls is taking his business background onto the campaign trail for the state’s highest office. He portrays himself as the truest conservative alternative to Democratic incumbent Gov. Tim Walz.

On the state’s $9.25 billion budget surplus, he agrees with the governor that a sizeable amount of the surplus needs to go back to taxpayers in the form of direct payments, but just for starters. “The reimbursement of the surplus needs to go back. That’s the first phase. The second phase is permanent tax cuts. We have a spending issue in St. Paul, not a surplus issue.”

Governor Walz proposes an increase in spending on education over and above what was approved in last year’s two-year budget agreement. Qualls says no more funding increases until schools demonstrate better use of existing funding.

“Even in our best school districts what we’re finding is that we’re seeing stagnant test scores or declining test scores all across our state,” Qualls said in an interview recorded for “At Issue with Tom Hauser.” He says parents should have more choices in where their kids go to school. “I’m a big proponent of empowering parents to make that decision. We’ll have school choice so parents can actually decide what’s the best option for their students.”

Like all six other Republican candidates, Qualls says he plans to support more funding for communities to put cops on the street. “I’m going to stand up and be the biggest proponent for our law enforcement officers. They need an advocate because they’re not getting it with Governor Walz and definitely not with Keith Ellison.” 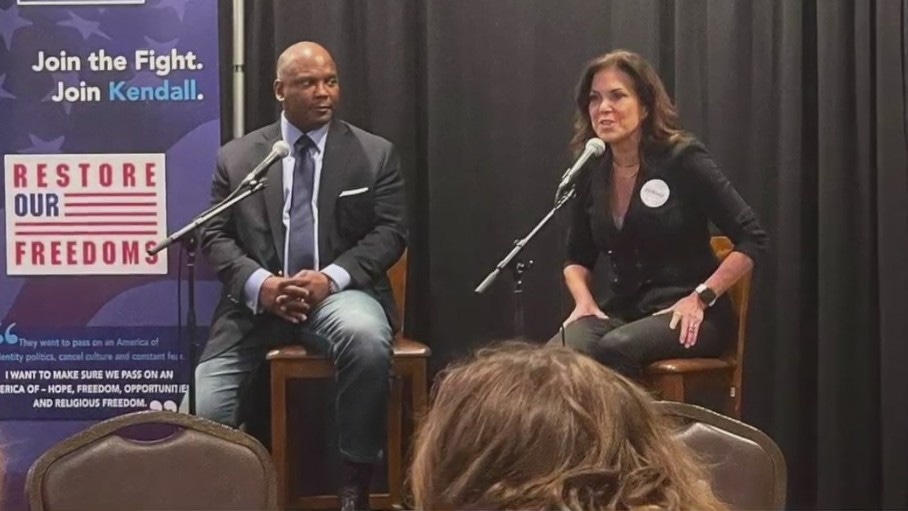 Qualls made a splash when he announced Michele Tafoya would join his campaign as co-chair. However, he says she’s not likely to be his lieutenant governor running mate.

“She loves this country. She loves this state and we’re glad to have her on our team as co-chair of the campaign. We have other options we’re looking at for that and for that lieutenant governor role, but we’re so glad to have Michele as part of the team.”

You can see this entire interview with Qualls Sunday morning at 10 on “At Issue.”