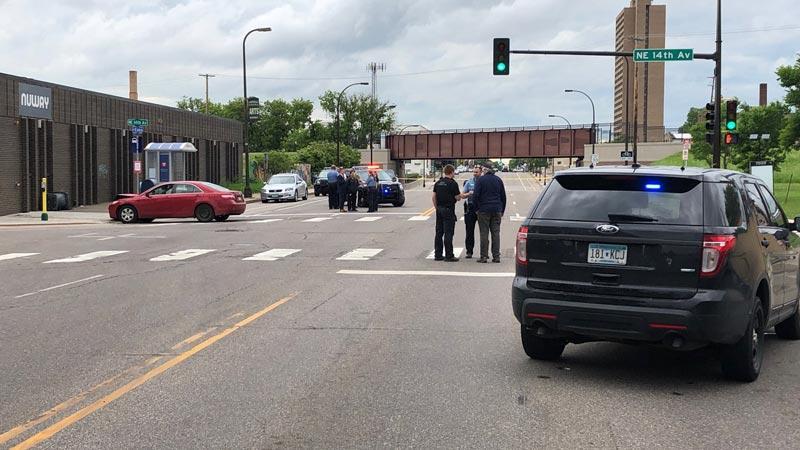 Police are at the scene of a deadly shooting June 11, 2019, in northeast Minneapolis. (KSTP/file)

A 19-year-old has been charged with murder — again — for his alleged role in a fatal shooting in northeast Minneapolis three years ago.

Thursday, prosecutors formally recharged Husayn Braveheart with both intentional and unintentional second-degree murder in connection to the June 11, 2019, death of Steven Markey.

Braveheart was initially charged earlier this fall but, because he was 15 at the time of the shooting, he had to be certified as an adult. Last month, the Minnesota Supreme Court allowed him to be tried as an adult but, due to an issue with timing, the adult charges against him were subsequently dropped.

With the move to refile charges against him Thursday, Braveheart is now set to make his first court appearance on Friday.

A second teenager, Jered Ohsman, was also tried as an adult and pleaded guilty to two counts of second-degree murder in 2020. A judge sentenced him to 21 years in prison.

Court documents allege that Braveheart and Ohsman approached Markey while he was in his car near 14th Avenue Northeast and Tyler Street and planned to rob him. However, during the robbery, Markey was shot multiple times, and investigators say both Ohsman and Braveheart fired their guns.

Markey crashed his vehicle a block away and later died at a hospital.

A criminal complaint states that officers in the area found their guns and the clothing that Braveheart and Ohsman allegedly changed out of after the robbery all stuffed inside a backpack.

They were arrested the next day after they allegedly “engaged in assaultive conduct in downtown Minneapolis,” stole a car in St. Louis Park and committed burglaries.

Braveheart later told investigators that he believed Ohsman fired first “because [Markey] laughed at them,” and he fired when Markey started driving away.