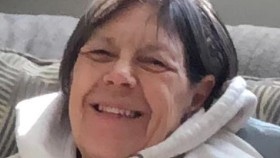 Roseville police are asking for the public’s help in locating a woman suffering from Alzheimer’s and dementia.

Kathleen Neutgens is a 74-year-old woman who left her home in Roseville and traveled in an unknown direction, according to a news release from the Roseville Police Department.

She is described as a white woman with grey hair weighing about 135 pounds. Investigators believe she could be wearing a black North Face jacket.

She does not have a cell phone or access to a vehicle.

Police said it is possible that she could have traveled near County Road C near Long Lake Road, an area where she has walked before.

Family and authorities are concerned for her safety.

Anyone with information on her whereabouts is asked to call the Roseville Police Department, the Ramsey County Emergency Communications Center at 651-767-0640 or 911.