You guessed it. I knew a man named Alfredo, and he taught me how to make this sauce. Now hold up! Before you think you’ve caught on to my shtick, listen here. Alfredo was not my lover; he was my teacher, my dance teacher. He taught me many of my hottest dance moves when I was but a fledgling showgirl, and he said that this sauce would help to fuel my dancing feet. He was right! Made with a few wholesome ingredients but packed with rich, savory flavor, this vegan version of a classic Alfredo sauce will get you out on the dance floor, cutting a rug, and tearing it up, especially when it’s served over my Bodacious Tortelloni or another carb-o-licious pasta.

Put the nondairy milk, cashews, salt, and mustard in a blender and process on high speed until smooth. That reminds me, I know a dance step called the Blender. It’s been illegal in five states ever since I took out the front row of an audience in Des Moines. But I’ll show it to ya if you’ve signed a liability waiver. 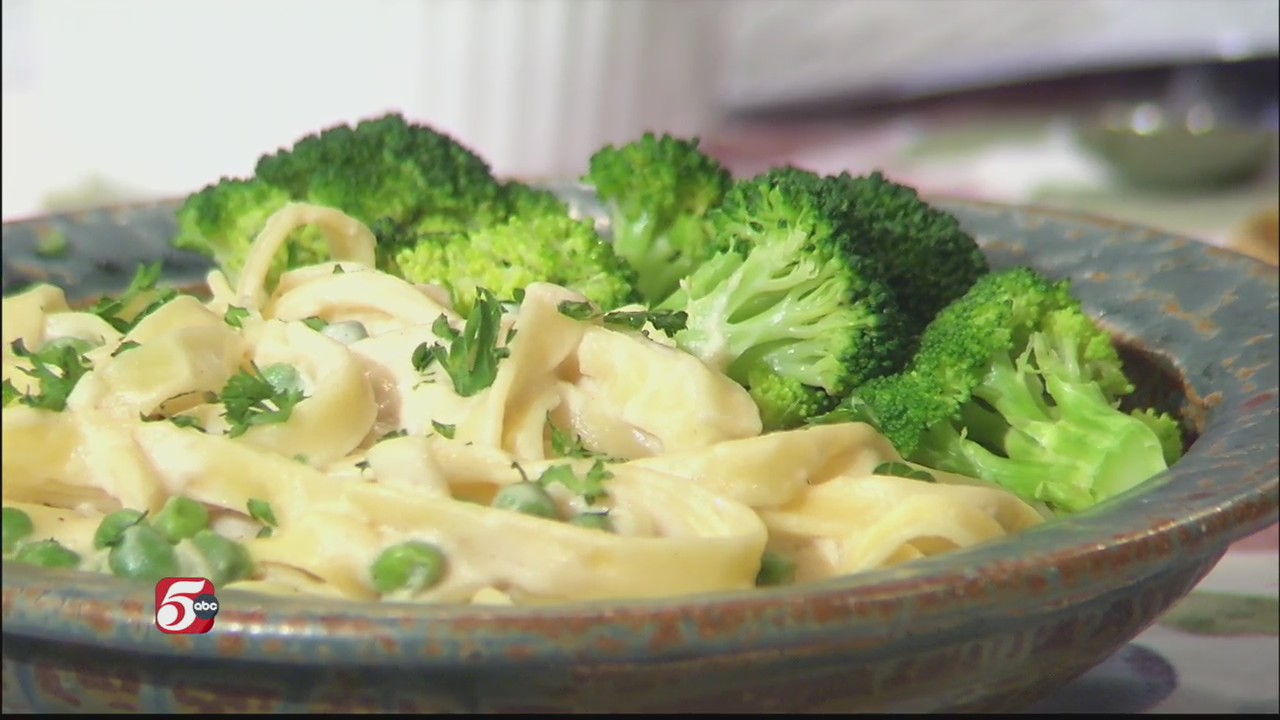 Heat the vegan buttery spread in a large saucepan over medium-high heat. Add the garlic and cook, stirring constantly, until fragrant, about 2 minutes. Add the cashew mixture and cook, stirring constantly, until thickened, about 7 minutes. That reminds me, I know another dance step called the Constant Stir. I don’t dare do it unless I’ve had a couple of Dramamine first. And it’s really a recipe for disaster when I try to do the Blender immediately following the Constant Stir. Bad things happen.

But you know what’s not a recipe for disaster? This recipe for Alfredo’s Sauce. When your sauce is thick and creamy, remove it from the heat and pour it over your pasta for some high-octane dancing fuel.