Paul McGuire Grimes, creator of Paul’s Trip to the Movies, gives his take on a few new releases.

THE NORTHMAN (in theaters)

Director Robert Eggers made a name for himself with 2015’s horror film, The Witch. With just three films under his belt including his new film, The Northman, he’s showcased his distinct style for storytelling. Alexander Skarsgard leads the film as Amleth lives as a Viking berserker. They’re a violent tribe inspired by wolves and bears. As a young boy, he was anointed by his father to be on a path of greatness. It was not long after that when Young Amleth watched his father’s murder at the hands of his Uncle Fjolnir. Now two decades later, Amleth is reminded of the vow he made and sets out to avenge his father’s death with the help of a young woman he meets on a slave ship.

-As you may have picked up on The Northman is that classic family revenge story that you’re probably more familiar with in Hamlet or The Lion King. The Scandanavian legend of Amleth is the same story William Shakespeare based Hamlet on and is now the inspiration of Robert Egger’s take with The Northman. 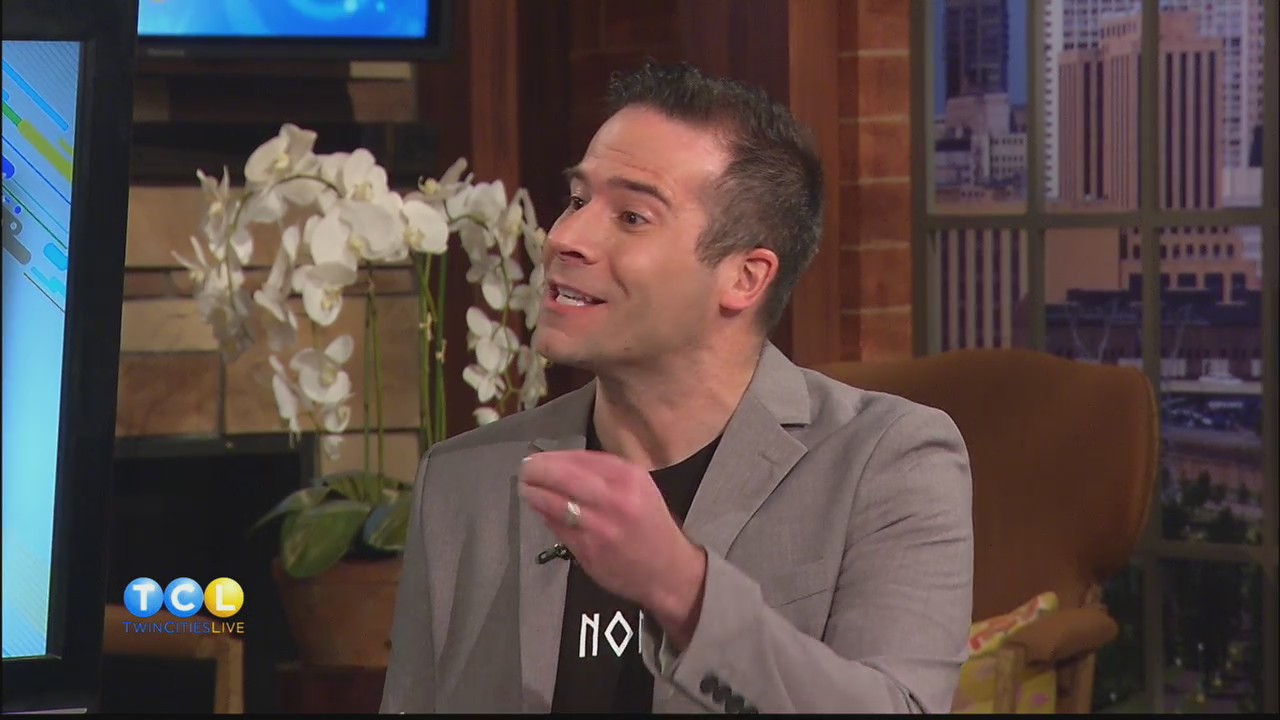 -He’s not one to make the journey easy on his audiences. It’s the kind of filmmaking style that I prefer as it offers up engagement on behalf of the viewer instead of having everything explained to us.

-Eggers has a distinct visual eye, and The Northman is stirring of all our senses from the meticulous sound design to a percussion heavy score to the jarring and unapologetic kills throughout the movie. It’s brutal and violent as it plays Norse mythology, the cultural rituals, and more.

-You’ve never seen Alexander Skarsgard like this before. He’s an absolute beast as Amleth leaning into the vicious stealth-like ways of the wolf. He has a towering presence, yet we see him slip in and remain undetected plotting out his vengeful course of action. While he and Nicole Kidman played spouses in Big Little Lies, here they are mother and son with Kidman delivering a wallop of a monologue in the final act of the movie.

-The Northman is not for the faint of heart. It’s a haunting, bold, and brutal Viking epic.

THE BAD GUYS (in theaters)

Snakes, wolves, sharks, spiders, and piranhas tend to scare people away. In the new animated film, The Bad Guys, Sam Rockwell voices Wolf, who leads a small group of bad guys named “The Bad Guys” who use people’s phobias to their advantage. He, along with his buddy, Snake, scare the crowd at a bank. While the patrons scour in the corner, they rob the place. Their friend, Miss Tarantula, is the tech expert while Mr. Shark and Piranha also play roles in the heist, as they evade the police once again. The Bad Guys make all the headlines and start trending. Their next mission is to steal the Golden Dolphin Award which has never been stolen by a group of bandits. This may a Good Samaritan award, but after their heist goes awry, they get the wise idea to revitalize their image and pretend to be good as the ultimate con. That is if their mentor Mr. Marmalade can work his magic on them.

-Based on the bestselling book series by Aaron Blabey, it has a really clever premise that I’m surprised hasn’t been done yet for an animated movie.

-This hits all the standard tropes of a comedy heist including plot twists that will keep kids on their toes. The structure of the story will feel familiar for adults who love a good heist movie, but it’s still enjoyable to see what The Bad Guys try to pull off.

-Surprisingly funny bits despite some easy material. The script pokes fun at animal stereotypes, going viral, Captcha technology, IT problems, and more. In one bit, we see the Bad Guys sneaking into the event in full disguise.

-The casting is spot on as Sam Rockwell makes for the perfect sly and cunning wolf with him being the leader of their pack. Always great to getting to hear Anthony Ramos sing again which becomes part of their ruse at the gala. For me, Marc Maron is the MVP of the cast. His gravelly voice is perfect for Snake to be the curmudgeon of the group.

-The Bad Guys doesn’t overstay its welcome or milk jokes too long for laughs. It’s far more creative and less annoying than The Secret Life of Pets movies

THE UNBEARABLE WEIGHT OF MASSIVE TALENT (in theaters)

Say what you will about Nicolas Cage and the trajectory of his career, but he has the role of a lifetime as Nick Cage in The Unbearable Weight of Massive Talent. The character of Nick Cage thinks he’s found the defining role of his career only to find out he didn’t get the part. He’s facing financial hardships and his ex-wife wants him to get his act together for the sake of their 16-year-old daughter. He vows to quit acting but agrees to attend a birthday party in Mallorca, Spain. He believes it’s for Javi, a budding screenwriter, played by Pedro Pascal. That is until two CIA agents played by intercept and inform Nick that his new friend is actually running a drug cartel. Nick finds himself undercover living out what could be the plot of one of his movies.

-Before you get too confused, I want to relieve you by saying this isn’t nearly as self-indulgent as it sounds. While this celebrates the career of Nicolas Cage and references many of his actual movies like The Rock, Con-Air, and even Guarding Tess, you don’t have to be a Nicolas Cage savant to enjoy it.

-Writer/director Tom Gormican uses the real Nicolas Cage’s zany sensibilities as an actor to poke fun at himself and there’s joy in understanding that angle of the somewhat-misunderstood actor. We even get to see Cage talking to a younger version of himself which seems to be a riff on Adaptation.

-Once the hook is in place and Nick Cage lands in Mallorca, it’s a wild action-filled comedy full of larger-than-life antics for Nick and Javi to get into.

-Pascal and Cage fully commit to Gormican’s wild ideas. Their performances are sheer perfection knowing the tight rope walk they’re riding between the comedic timing of the slapstick, the lampoon nature of their exaggerated characters, all while retaining the heart and lovable nature between the two of them. There’s no reason why these two comedy performances shouldn’t be considered in the award season conversation.

-With Javi being a screenwriter and Nick facing retirement, there’s a running commentary on the state of cinema. What’s the hook to get audiences to the theater? Cage reiterates wanting character driven adult dramas, which this isn’t, but that’s part of the joke.

-The Unbearable Weight of Massive Talent hits all the right notes as it celebrates Nicolas Cage’s career. Tom Gormican allows the actor to play up his brand and image reminding audiences of the high-energy, self-aware nature he can bring to his characters.

-It’s truly one of the funniest movies I’ve seen in a long time.