Paul McGuire Grimes, the creator of Paul’s Trip to the Movies, gives us his review on Black Adam and Ticket to Paradise that are both out in theaters, and The Watcher, streaming on Netflix.

Dwayne Johnson is one of the biggest stars in Hollywood and is taking his turn in the superhero world with Black Adam, the latest in the DC canon. The origins of Black Adam date back to the ancient land of Kahndaq when he went by Teth Adam. It was a land of power and enlightenment until a tyrant took over. Teth Adam was gifted with special powers by the gods but banished and imprisoned. He was referred to as The Champion, and it was believed that one day he come back and save the people of Kahndaq. Nearly 5000 years pass when Black Adam returns after an ancient crown is found and the word “Shazam” is shouted. Not everyone views him as The Champion when members of The Justice Society of superheroes embark on Kahndaq to stop Black Adam once and for all.

-This is the DC’s first introduction to the character, so the screenwriting team write in a big exposition to set up the origins of the character and the world of Kahndaq. They’ve shaped Black Adam to be something of an antihero, demigod, or something in between. 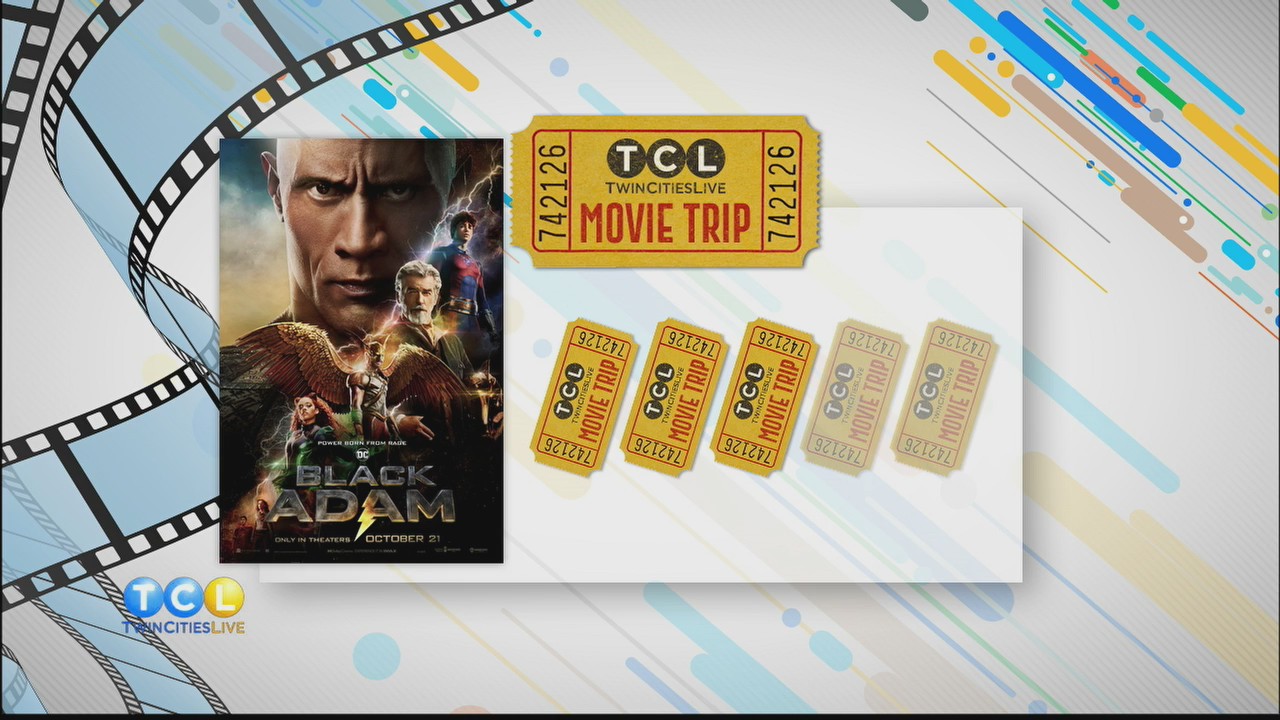 -Right off the bat, Dwayne Johnson is an absolute force as Black Adam. He’s given a grand entrance as the character in modern day. He has the speed, strength, and flight to take on any human or superhero that gets in his way. You know exactly what to expect from the character in terms of powers.

-His mentality is somewhat stuck in the past, and there’s that fish out of water approach they give him next to this young kid who’s trying to teach him about modern day slang, culture, and the importance of a catchphrase. This young kid is obsessed with DC superheroes, so this movie lives in the same world and references other heroes like Batman and Superman.

-Like many origin stories, this film falls into those standard traps and is a bit thin on actual plot and depth of the story as it feels to be centered on just introducing the character and placing him into the modern world.

-Some of the strongest moments come in the discussions about fate and what it means to be a hero. Black Adam is someone who sees his powers as a curse, and the film looks at how you turn a villain into a hero.

-Where it may lack in story, director Jaume Collet-Serra makes up for in non-stop action and dazzling special effects.

Ryan Murphy’s latest binge-worthy series is The Watcher, now streaming on Netflix. It’s based on a true story as told to New York Magazine’s “The Cut” in 2018. Bobby Cannavale and Naomi Watts play Dean and Nora Brannock, a wealthy couple with two kids who are buying a home away from the city. They settle on a beautiful home in Westfield, New Jersey. Everything looks perfect, so Dean does whatever he can to purchase it, and within six weeks, it’s theirs. Within a short period, they start receiving typed letters in the mail from “The Watcher” who claims to be watching over the house. This person knows the history of the house and tells the Brannocks, “You need to fill the house with young blood.” The letters continue scaring Dean and Nora in multiple ways. Their neighbors are all kooky from the older, rude couple next door to the elderly brother and sister on the other side. Dean becomes obsessed with finding out who The Watcher is while trying to keep his family safe.

-7 episodes all streaming now on Netflix, roughly 45-50 minutes a piece

-From creators Ryan Murphy and Ian Brennan who are no strangers to creepy stories both fictional and non-fictional as we’ve seen with American Horror Story, Dahmer, and more.

-Ryan Murphy knows how to engage his audience and spins a juicy web here of nutty characters. Everyone has the potential to be stalking this family. It’s startling and eerie as the history of the house starts to unfold from past tenants to their neighbors who have a history of being in a cult.

-It is loosely based on a true story, but some of the characters are fictional and the names of victims have been altered. It’s best if you know it deviates quite a bit, as it becomes quite campy and over the top.

-Part of the fun comes with the elevated acting from Margo Martindale as the rude and nasty neighbor, Jennifer Coolidge as their wealthy hoity toity realtor who swears like a sailor and loves a “holiday pour” of wine, to Mia Farrow who belongs to a preservation society and is obsessed with the history of the house. Even Bobby Cannavale descends into a state of madness and paranoia as he tries to solve this case.

-The series will suck you in even if it deviates from the truth and goes in your typical Ryan Murphy direction.

TICKET TO PARADISE (in theaters)

George Clooney and Julia Roberts are good friends off screen with infectious chemistry on screen. It was only a matter of time before they starred in a rom-com together. They star as Georgia and David Cotton, two college sweethearts who had a daughter but eventually parted ways five years into their relationship. They were never married but now these quarreling exes are forced to reunite when their daughter, Lily, is graduating law school. After their quick weekend together as a family, they go their separate paths with Lily heading to Bali for a little vacation. Georgia and David are forced to come together all over again when they get an email that Lily is now set to marry her boyfriend after only knowing him 37 days. The frantic parents will try anything to stop the wedding and bring Lily back home to America.

-The tropical paradise setting makes this a quick mental escape after a long day. There’s an easiness about this film that never takes itself too seriously but also doesn’t try to elevate the two leads or try to do anything different with them.

-The concept of quarreling exes in the middle of the Bali jungle essentially writes itself. We see them accidentally sat next to each other on a plane, with rooms next to each other at the resort, and other physical comedy routines that come with jungle antics.

-Clooney and Roberts have great banter and rapport allowing the chemistry to naturally flow between them. They can play into their brands with Clooney relying on the charm and humor while Roberts gets to be bubbly, but always in control.

-Another piece of this puzzle is that fact that Georgia is dating Paul, a French pilot who is much younger than her. The script never allows them to be a serious couple. I never felt a pull for Georgia as to whether she would rather be with her ex, David, or Paul.

-The trailers may be a bit deceiving as this isn’t a movie that’s solely a Clooney/Roberts rom-com, it’s just as much about the Kaitlyn Dever character who is giving up her life as a new lawyer to be engaged with Gede and live in Bali full time. This story is just as much of a focus as the other one. It’s wonderful to hear the language and see the Bali culture be such a big part of this movie.

-It’s still worth a watch for George Clooney and Julia Roberts fans to have them on screen again. I just wish it was a different movie. It would be fun to see them in a Nancy Myers rom-com. Her films like Something’s Gotta Give, It’s Complicated or even The Holiday had big A-listers but found a new way to tap into each of their stars.