Paul McGuire Grimes, creator of Paul’s Trip to the Movies, gives us his rating for Till and Halloween Ends – both out in theaters – and a new show streaming on Netflix.

The story of young Emmett Till is not one that’s been lost, but one that’s threatened to be erased on purpose if we don’t keep talking about it. In 1955, the 14-year-old Chicago boy waved goodbye to his mom, Mamie Till-Mobley, at the train station to go visit his cousins in Mississippi. It should have been a fun family visit, but his mother’s worst nightmare came true. Mamie receives a call that her son, Emmett, was murdered and lynched left for dead in the river. What led to this has been up for debate. What we do know is that Emmett had an encounter with a white female store clerk. It was later that night when her family took Emmett out of his cousin’s home and killed him. Mamie wanted everyone in the country to know what happened to her boy. She became one of the earliest faces of the Civil Rights Era given the choices she made to have an open casket funeral and the media coverage of his killer’s trial.

-Opening night film of the Twin Cities Film Fest on October 20, 2022. Emmett Till’s cousins are based in Minnesota and run the Emmett Till Legacy Foundation. They will attend the Fest for a conversation after the film. 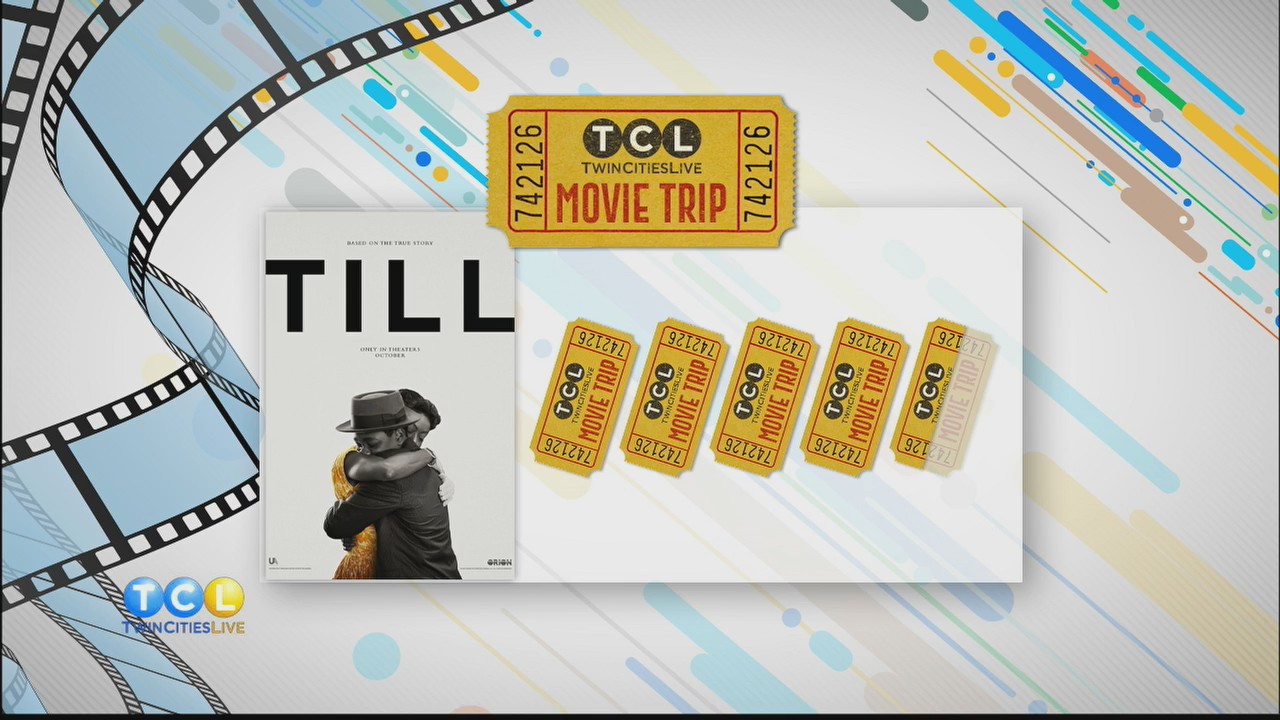 -Director Chinonye Chukwu takes a focused approach at telling this story by telling it through the mother’s perspective. There’s a deeper connection here for any parent to see this story through that lens than if it was a generic biopic trying to tell too big of a story.

-It’s a heavy subject matter and there’s a restraint on Chukwu’s part in showcasing the brutality at hand. We never see the beating and lynching, but we know it’s happening. The first major hard to watch moment comes with Mamie seeing Emmett’s body for the first time and her decision to have an open casket. It’s a powerful move that made a statement.

-Part of this story is about grief, Black grief specifically, and how a mother is supposed to grieve when there are a thousand voices around her telling her what to do next, telling her how to grieve, what to say at the trial, knowing that every choice will be picked a part and examined by everyone in the country.

-Danielle Deadwyler gives one of the best performances of the year as Mamie Till. She finds such control in how she portrays the range of emotions that Mamie went through in the wake of her son’s death. There are quite a few close ups of her where you just feel the weight of the world on her. The courtroom scene alone could get her the Oscar.

It’s been four years since Michael Myers returned wreaking havoc on Laurie Strode’s life. He attacked the town of Haddonfield and killed Laurie’s daughter but hasn’t been seen since then. Laurie has tried to move on from the forty years of trauma. She’s now writing a book as part of her therapy, and she’s generally in a happier place. Her granddaughter, Allyson, works at Haddonfield Memorial Hospital and it’s there where she meets, Corey Cunningham, a patient her age who comes with his own traumatic past thanks to a tragic night of babysitting. He and Laurie have become town outcasts as their communities have turned on them blaming them for the sins of the past. The night of Halloween becomes memorable all over again when Michael Myers returns and will forever change the lives of Corey, Laurie, and Allyson.

-The final film in the new Halloween trilogy written and directed by David Gordon Green. Like most trilogies, each film has a different vibe and look to it. Ends takes place four years after the first two films. A majority of the cast has already been killed off, and we’re seeing Laurie in a healthier headspace.

-David Gordon Green knows he has to do something radically different with this film as it can’t just be about the return of Michael Myers on Halloween killing babysitters again. He takes some big swings with the evolution of this story, some of which haven’t been seen in a Halloween movie before.

-The opening sequence is quite startling and will certainly have the audience react. I don’t know how they will feel about the whole middle section of the movie as there is a distinct shift in character evolution in its treatment of the Corey character and what happens when he is pushed to his absolute breaking point.

-If they’re looking for the slasher flick kills, the majority of that comes in the final third. The kills are brutal and gruesome, as you may expect, despite it shying away from the minimalist approach the original had in 1978.

-Most Halloween fans are here for the final showdown between our final girl Laurie Strode and Michael Myers. The ending is not for the faint of heart or anyone who gets queasy easily. The film comes with closure for these characters we’ve come to love even if the rest of the film took a divisive route to get there.

-Fans should look for little easter eggs and references to the other Halloween movies. There are some distinct nods and montages to the franchise.

Mike Flanagan has become a prominent name in the horror genre with Stephen King adaptations to series like Midnight Mass and The Haunting of Hill House. Now he veers into the YA lane with his adaptation of Christopher Pike’s novel The Midnight Club. Brightcliffe Manor is a hospice home for sick teens. Iman Benson stars as Ilonka, the latest resident to step foot in Brightcliffe after being diagnosed with terminal thyroid cancer. She’s studious, hard working, and inquisitive. Some of the first kids she meets are Kevin, the boy next door type, and her new roommate, Anya. Anya’s one of the longest residents there and comes with a hardened edge about her. Ilonka learns they’re part of a secret group called The Midnight Club, where they gather around a fire in the library at midnight to tell stories. Ilonka’s inquisitive ways get the best of her when she sees the ghosts of dead people roaming the hallways. She becomes fixated on these visions and uncovering the secrets of Brightcliffe.

– All 10 episodes are streaming on Netflix

-Christopher Pike’s books were along the same lines as R.L. Stine and were devoured by teen readers in the 90s. Flanagan wisely keeps this in its 90s setting and pays homage to this book by recreating the cover photo and using the same font for the title sequence on each episode.

-Flanagan has admitted to being a huge fan of Pike’s writing and has pulled from some of his other books as he’s fleshed out The Midnight Club to ten episodes. He’s always brought forth a sense of community with his other series, and the same is felt here with making this another ensemble series.

-This may be based on a YA book, but don’t discredit this as a CW teen soap. It’s far from that as Flanagan keeps this a character driven piece about facing death, accepting new realities, their loneliness from family and a normal life, and all those unique ties that bring them together in an unexpected way.

-Some may be drawn to the supernatural elements of the series or seeing the Midnight Club stories play out, but Flanagan is at his most powerful and impactful when the group comes together at midnight or for circle time with their Doctor (Heather Langenkamp) They don’t always get along or see eye to eye with what’s best for the group.

-You’ll discover a care for each of these characters that keeps you coming back, especially when members of the Midnight Club pass away It makes the stakes even stronger for the survivors, as you watch them wrestle with survivor’s guilt.