Paul McGuire Grimes, creator of Paul’s Trip to the Movies, got a chance to speak to the stars of the movie “Dog” and “Uncharted.”

Channing Tatum took a couple of years off from acting but is now back with a road trip story with an unruly dog as his companion in the aptly-titled film, Dog. Dog comes with a pretty simple premise but one that’s full of good will and heart. Tatum plays Army Ranger Jackson Briggs who is begging be let back into service following time off due to serious brain injuries. One of his fellow soldiers, Riley Rodriguez, recently passed away leaving behind a temperamental service dog named Lulu. She’s a Belgian Malinois who can intimidate anyone. Briggs agrees to take Lulu to back home for Rodriguez’s service, but the 1500-mile road trip is a wild and adventurous one for Briggs and Lulu as they test each other tempers along the way.

I don’t think they set out to do anything nuanced with this film, but instead just want to tell a good story paying tribute to Army Rangers and the special bond they have with service dogs. The movie comes with that feel-good, earnest human interest story vibe to it with the shenanigans of a road trip movie thrown in. At one point we see Briggs try to leave Lulu in the truck in order to hook up with two women. In other scene, Lulu breaks free tracking down a pot grower and his wife in the middle of the woods.

For Briggs, this trip will be about slowly finding his purpose again as he builds this relationship with Lulu. The power dogs have over the companions can be a strong bond and we see that between them. 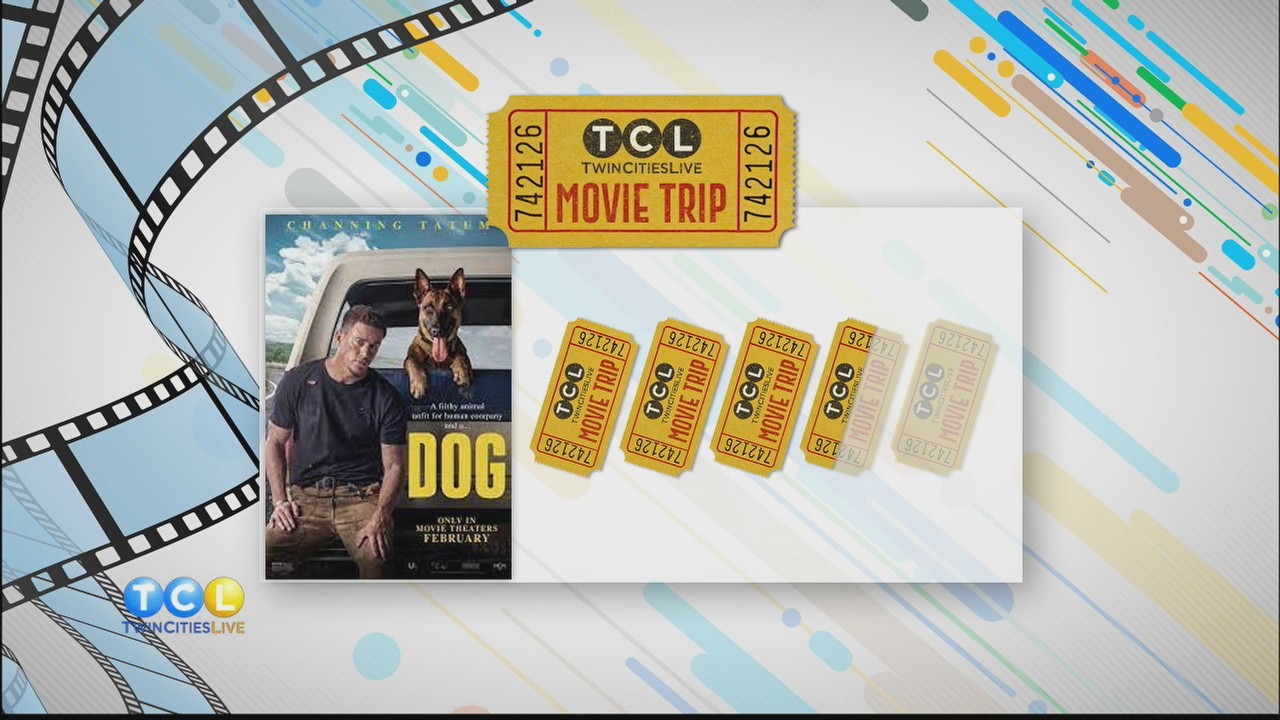 The film could have worked better if the script dug a bit deeper into the role of dogs in the military and why Lulu was so important to Rodriguez and now Briggs. There’s an impactful scene with Ethan Suplee talking about PTSD and the film could have used more of these conversations to provide more vulnerable moments for Briggs and drive home the importance of these dogs.

Dog is only 90 minutes and while the first hour is the road trip adventure, it’s the last thirty minutes where the emotional end of this story comes in that will make any dog owner reach for the tissues.

Tom Holland looks to have another big franchise on his hands with the adaptation of the wildly successful video game Uncharted. Holland stars as Nathan Drake who loves an adventure. He and his brother were orphaned as kids, but his brother eventually left his side for his own adventure. Since then, Nathan has become a bartender and pick pocket. His life takes a new spin when notorious treasure hunter Victor “Sully” Sullivan (Mark Wahlberg) asks Nathan to join him on a globe-trotting trek to find the missing treasure of Ferdinand Magellan. Nathan can’t refuse the offer but hot on their trail is Antonio Banderas as Santiago Moncada. The House of Moncada in Spain is thought to have lost the treasure and now Santiago wants what he believes is rightfully his.

There’s a cinematic quality as Holland, Wahlberg, and the cast jump from one location to the next taking on massive stunts and rooftop chases along the way all the while trying to solve little clues and puzzles hoping to find Magellan’s secret treasure. If anything, this will pique kids’ interest into learning about artifacts, solving puzzles, and the history of Magellan’s real adventures.

Uncharted doesn’t present anything groundbreaking for the genre, but Fleischer keeps the energy up with a solid build and momentum. It’s starts off with the street-smart logic and sleight of hand tricks leading up to an all-out crazy, special effects heavy climax that defies logic. Fans of the game will recognize an over-the-top, stunt heavy, plane escape. And there are some twists and reveals to keep the younger audience on their toes.

What would you do to find the perfect work/life balance? I think we’re all searching for those answers. The new AppleTV series, Severance, tackles that very concept with Ben Stiller directing the series. Adam Scott leads the small cast as Mark. He’s been promoted to the department chief of the macrodata confinement team at Lumon Industries. It seems to be a small company in a very large and empty office building. His newest employee is Helly who seems to have no memory have her past, her home life, or anything that happens outside the walls of Lumon. She’s recently gone through the “severance” procedure, which is a microchip implanted in you to erase all memories of work while you’re at home and all memories of home while you’re at work creating that strong work/life balance. Mark and Helly both realize something sinister may be happening behind the scenes at Lumon.

The premise is unique and it’s refreshing to see something so different on screen. That being said, you have to be willing to open your mind to not knowing what’s going to happen next. There’s a sci-fi, futuristic, thriller element to it.

Each episode ends on an alarming note peeling back the layers just a little bit on the truth of what *may* be happening.

Don’t expect a show that will fly by. It never races through any scene which allows the audience to sit, think about its themes, and question where the series is going. This could annoy those who want a faster pace or have everything answered and wrapped up in a nice bow.