From the high school farewell to 7-foot-1 center Chet Holmgren, the top-ranked senior in the country, to the flashy play and shooting marksmanship of freshman guard Mercy Miller, and to all of the talent in between, Minnehaha Academy left lasting images of a season of dominance and for what is to come in capturing the Class AAA championship on Saturday, April 10 at Target Center in downtown Minneapolis.

Holmgren, the consensus national high school player of the year, finished his prep journey with 18 points, 13 rebounds, seven assists and two blocks. On the perimeter, senior guard Hercy Miller had a team-best 24 points, and little brother, Mercy, had 15 points in engineering the Redhawks high-octane offense to a dominant 80-29 victory over Alexandria.

Minnehaha Academy (20-1) is the fourth school in boys basketball state tournament history to win four consecutive championships. That pulls the Redhawks into a three-way tie for second with SW Minnesota Christian (1999-02) and Minneapolis Patrick Henry (2000-03). Alexandria was making its first appearance in a championship game since World War II when it lost to St. Paul Washington in 1943.

Minnehaha Academy built a 36-20 lead at the break behind 13 points from Hercy Miller and 10 from Holmgren. The Redhawks created separation on a 14-0 run that went from the 10:59 mark to 4:24 remaining in the opening half.

Junior forward Erik Hedstrom scored all 10 of his points and had six rebounds in the first half for the Cardinals (22-2), who didn’t back down or appear intimidated by playing the No. 9-ranked team in the country. 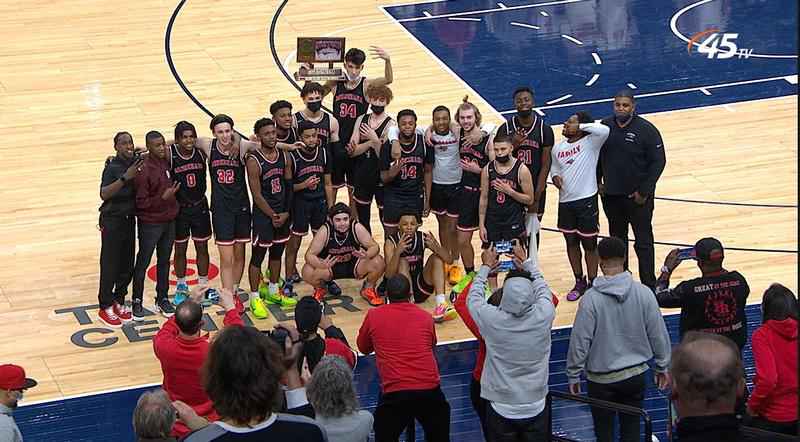 Alexandria’s pregame plan to play physical on Holmgren worked for a while, but it was only a matter of time before he adapted. Seeing the double- and triple-teams on him merely opened opportunities for Minnehaha Academy’s other offensive weaponry. In the second half, Holmgren dazzled with numerous highlight-reel plays that included dunks, drives and elite-level passing.

Minnehaha Academy outscored Alexandria 44-9 in the second half.