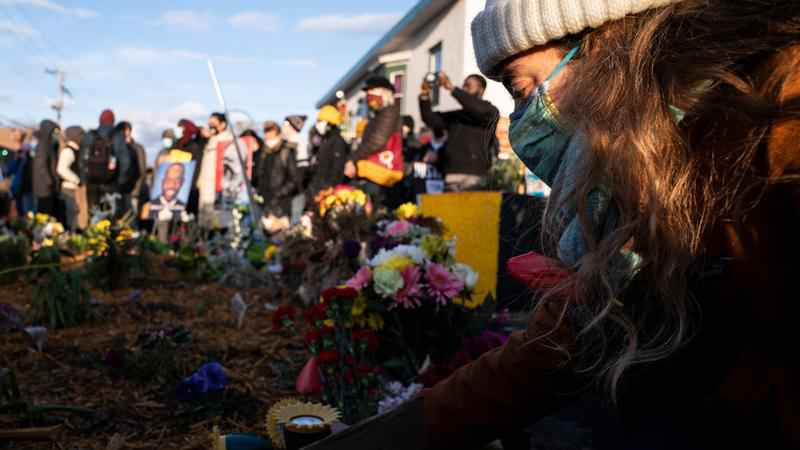 A demonstrator places flowers at a memorial as supporters gather outside Cup Foods on Tuesday, April 20, 2021, in Minneapolis, after the murder conviction of former Minneapolis police officer Derek Chauvin in the death of George Floyd.[AP/ John Minchillo]

After three weeks of testimony, the trial of the former police officer charged with killing George Floyd ended swiftly: barely over a day of jury deliberations, then just minutes for the verdicts to be read — guilty, guilty and guilty — and Derek Chauvin was handcuffed and taken away to prison.

The murder and manslaughter convictions came Tuesday in a case that triggered worldwide protests, violence and a reexamination of racism and policing in the U.S.

The verdict set off jubilation mixed with sorrow across the city and around the nation. Hundreds of people poured into the streets of Minneapolis, some running through traffic with banners. Drivers blared their horns in celebration.

Take a look at photos following the verdict below: