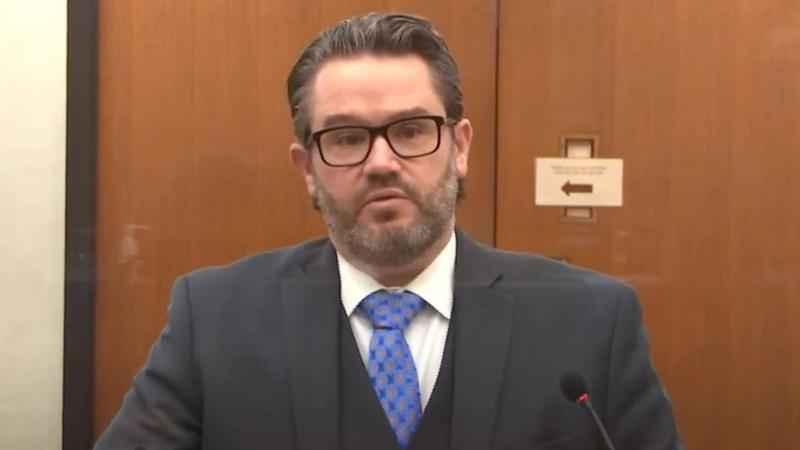 The court has reconvened.

Dr. Fowler starts to explain why he believes the squad was running which he believes carbon monoxide would have been a contributing factor. The state objected as he marked on this exhibit. Now in a sidebar. #DerekChauvinTrial pic.twitter.com/WeGqmqrhJd

The defense calls its first witness to the stand, Dr. David Fowler. He is a forensic pathologist and worked at a medical examiner’s office in Maryland and now serves as a consultant.

Fowler notes he was approached by Nelson and asked to be a part of the case. "There were 13 peer reviewers … that were involved in this case," he said, noting the forensic panel was involved.

He is also a member of the National Association of Medical Examiners.

"There is a substantial amount of information in this case," he said.

Fowler claims Floyd’s heart condition and drug use contributed to his sudden death.

Fowler is walking through how a heart works and how it relates to this case.

Nelson asks about drugs, Dr. Fowler explains meth “sensitizes the heart to arrhythmia.. secondly it increases the rate the heart beats.. and thirdly it is a vasoconstrictor”

With the defense still questioning Fowler, Cahill puts the court in a 10-minute recess as of 10:49 a.m.

Defense attorney Eric Nelson made a motion to offer a judgment of acquittal in the case, saying the state failed to present sufficient evidence on use-of-force and the cause of George Floyd’s death.

The defense will continue presenting its case Wednesday in the trial of former officer Derek Chauvin.

The defense began presenting its case Tuesday after 11 days of prosecution testimony.

Tuesday, a use-of-force expert said Chauvin was justified in pinning George Floyd to the ground because he kept struggling.

The witness, Barry Brodd, testified Tuesday for the defense at Chauvin’s murder trial.

He contradicted a parade of authorities from both inside and outside the Minneapolis police force who said Floyd used excessive force and violated his training.

At one point he suggested that if Floyd was being compliant, he would have had both hands in the small of his back, “and just be resting comfortably.”

That prompted an incredulous response from the prosecutor, who said Floyd was moving because he was struggling to breathe by shoving his shoulder into the pavement.