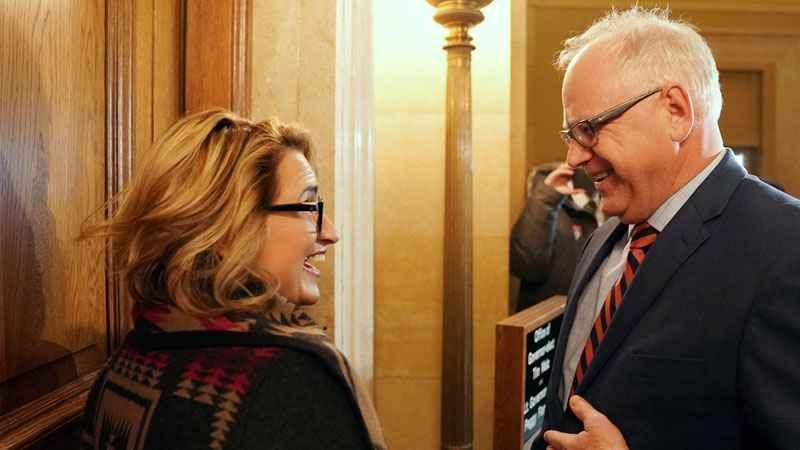 Tuesday, Gov. Tim Walz and Lt. Gov. Peggy Flanagan’s campaign office announced the campaign has raised more than $3.6 million in 2021, reportedly achieving a new fundraising record for a gubernatorial candidate in an off-year.

Walz announced his plans to run for reelection in October last year.

Educators made up the largest group of contributors, according to the campaign office.

For comparison, according to the Minnesota Campaign Finance Board, Walz’s year-end contributions totaled roughly $1.1 million in 2017, also an off-year, as Republican challenger Jeff Johnson’s totaled $262,923.

A GOP-endorsed challenger in the 2022 race will likely be identified in May.