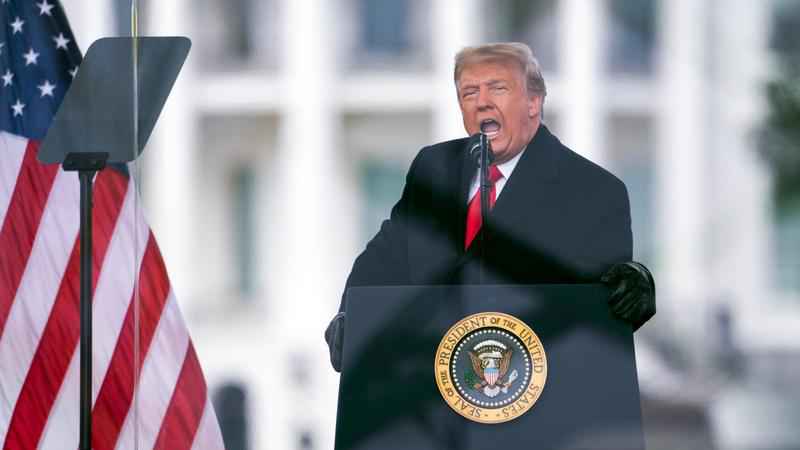 President Donald Trump speaks during a rally protesting the electoral college certification of Joe Biden as President in Washington on Jan. 6, 2021. Former President Donald Trump turned to the Supreme Court Thursday, Dec. 23, in a last-ditch effort to keep documents away from the House committee investigating the Jan. 6 insurrection at the Capitol.[AP Photo/Evan Vucci, File]

Former President Donald Trump turned to the Supreme Court Thursday in a last-ditch effort to keep documents away from the House committee investigating the Jan. 6 insurrection at the Capitol.

Trump’s attorneys argued in their petition to the Supreme Court that “both the Constitution and the Presidential Records Act give former Presidents a clear right to protect their confidential records from premature dissemination. This case presents a clear threat to that right."

A federal appeals court ruled against Trump two weeks ago, but prohibited documents held by the National Archives from being turned over before the Supreme Court has a chance to weigh in. Trump appointed three of the nine justices.

Trump sued the House Jan. 6 committee and the National Archives to stop the White House from allowing the release of documents related to the insurrection. Trump is claiming that as a former president he has right to assert executive privilege over the records, arguing that releasing them would damage the presidency in the future.

But President Joe Biden determined that the documents were in the public interest and that executive privilege should therefore not be invoked. The document include presidential diaries, visitor logs, speech drafts, handwritten notes “concerning the events of January 6” from the files of former chief of staff Mark Meadows, and “a draft Executive Order on the topic of election integrity,” the Archives has said.

The House committee has said the records are vital to its investigation into the run-up to the deadly riot that was aimed at overturning the results of the 2020 presidential election.