After years of treating President Donald Trump’s inflammatory rhetoric with a light touch, Facebook and Instagram are silencing his social media accounts for the rest of his presidency. The move, which many called justified following Wednesday’s insurrection at the U.S. Capitol, is also a somber reminder of the enormous power that social-media platforms can exercise when they choose.

Facebook and Instagram said Thursday they will bar Trump from posting at least until the inauguration of President-elect Joe Biden. Twitter said Thursday that it’s still evaluating whether to lift or extend what started as a 12-hour lockdown of Trump’s account.

In announcing the unprecedented move, Facebook founder Mark Zuckerberg said the risk of allowing Trump to use the platform is too great following the president’s incitement of a mob that touched off Wednesday’s deadly riot at the Capitol. Zuckerberg says Trump’s account will be locked "for at least the next two weeks" but could remain locked indefinitely.

"The shocking events of the last 24 hours clearly demonstrate that President Donald Trump intends to use his remaining time in office to undermine the peaceful and lawful transition of power to his elected successor, Joe Biden," Zuckerberg wrote. 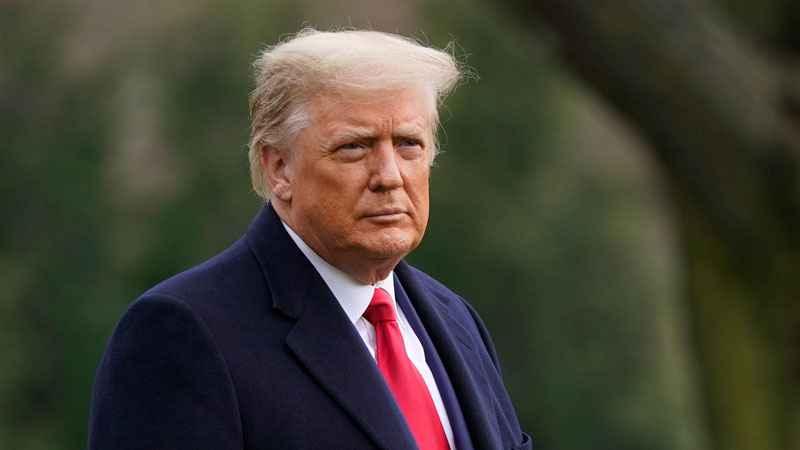 Trump has repeatedly harnessed the power of social media to spread falsehoods about election integrity and the results of the presidential race. Platforms like Facebook have occasionally labeled or even removed some of his posts, but the overall response has failed to satisfy a growing number of critics who say the platforms have enabled the spread of dangerous misinformation.

In light of Wednesday’s riot, however, Zuckerberg said a more aggressive approach is needed. "The current context is now fundamentally different, involving use of our platform to incite violent insurrection against a democratically elected government," he wrote.

Instagram, which is owned by Facebook, will also block Trump’s ability to post on its platform. YouTube, owned by Google, also announced more general changes that will penalize accounts spreading misinformation about voter fraud in the 2020 election, with repeat offenders facing permanent removal from the platform.

Twitter locked President Donald Trump’s accounts for 12 hours after he repeatedly posted false accusations about the integrity of the election. That suspension was set to expire sometime Thursday; the president had not yet resumed tweeting as of late Thursday morning.

A company spokesman said the company could take further action as well. "We’re continuing to evaluate the situation in real time, including examining activity on the ground and statements made off Twitter," the spokesman said.

But the platforms continued to face criticism from users who blamed them, in part, for creating an online environment that led to Wednesday’s violence.

"Today is the result of allowing people with hate in their hearts to use platforms that should be used to bring people together," singer and actress Selena Gomez wrote on Twitter to her 64 million followers. "You have all failed the American people today, and I hope you’re going to fix things moving forward."

Thomas Rid, a Johns Hopkins cyberconflict scholar, tweeted "kudos and respect" to Zuckerberg and Facebook shortly after the announcement that Trump’s account would be locked for two weeks.

"Clearly the right move," Rid said. "Consistent incitement to political violence is not acceptable. Twitter should do so as well."

A message left with the White House on Thursday morning was not immediately returned.

Twitter and Facebook both temporarily locked Trump’s accounts Wednesday, the most aggressive action either company has yet taken against the president, who more than a decade ago embraced the immediacy and scale of Twitter to rally loyalists, castigate enemies and spread false rumors.

While some cheered the platforms’ actions, experts noted that the companies’ actions follow years of hemming and hawing on the dangerous misinformation and violent rhetoric Trump and his supporters have spread, contributing to Wednesday’s violence.

The flashpoint on Wednesday was a video Trump posted on Twitter more than two hours after protesters entered the Capitol, interrupting lawmakers meeting in an extraordinary joint session to confirm the Electoral College results and President-elect Joe Biden’s victory.

Republican lawmakers and previous administration officials had begged Trump to give a statement to his supporters to quell the violence. He posted his video as authorities struggled to take control of a chaotic situation at the Capitol that led to the evacuation of lawmakers and the death of four people.

While Trump told supporters that "you have to go home now," he also repeated false claims about voter fraud affecting the election. He then added: "We can’t play into the hands of these people. We have to have peace. So go home. We love you. You’re very special."

In a statement Thursday morning, Trump said there would be an "orderly transition on January 20th" and acknowledged defeat in the election for the first time. His aides posted the statement on Twitter because the president’s account remained suspended.

Monica Stephens, a professor at the University of Buffalo who studies social media, said it made sense for Facebook and Twitter to try lighter forms of curbing misinformation in the months leading up to the election. "They’re getting flack from both sides of the political aisle," she said.

Trump’s ardent supporters have flocked to Parler, GAB and other "free speech" social media sites that cater to conservative voices. Some were used Wednesday by the people who stormed the Capitol.

"Large amounts of the population and press were not anticipating the violence and the vitriol yesterday because it was happening behind closed doors of Parler and Gab instead of Facebook and Twitter," Stephens said. "If they entirely shut out this type of speech it is still going to happen, it is just going to happen where it isn’t as read."