A longtime state lawmaker from the Iron Range has died at the age of 69.

Friday, family members confirmed Sen. David Tomassoni, I-Chisholm, passed away. Last summer, he revealed his battle with ALS and had announced his intention to retire at the end of this year.

First elected as a state lawmaker in 1992, Tomassoni served in the Minnesota House of Representatives for eight years before being elected to the Senate in 2000.

This spring, Tomassoni was part of a bill signing that will provide grants of $20 million for ALS research and another $5 million to help families and patients with caregiving.

“He and his family have served the Iron Range for decades,” Gov. Walz said before signing that bill. “They are a family name, a well-known household name in northern Minnesota, and now that’s true across Minnesota.”

“This is about making the future better,” Tomassoni said at the ceremony. “We can all be proud of that. This is truly a good day.” 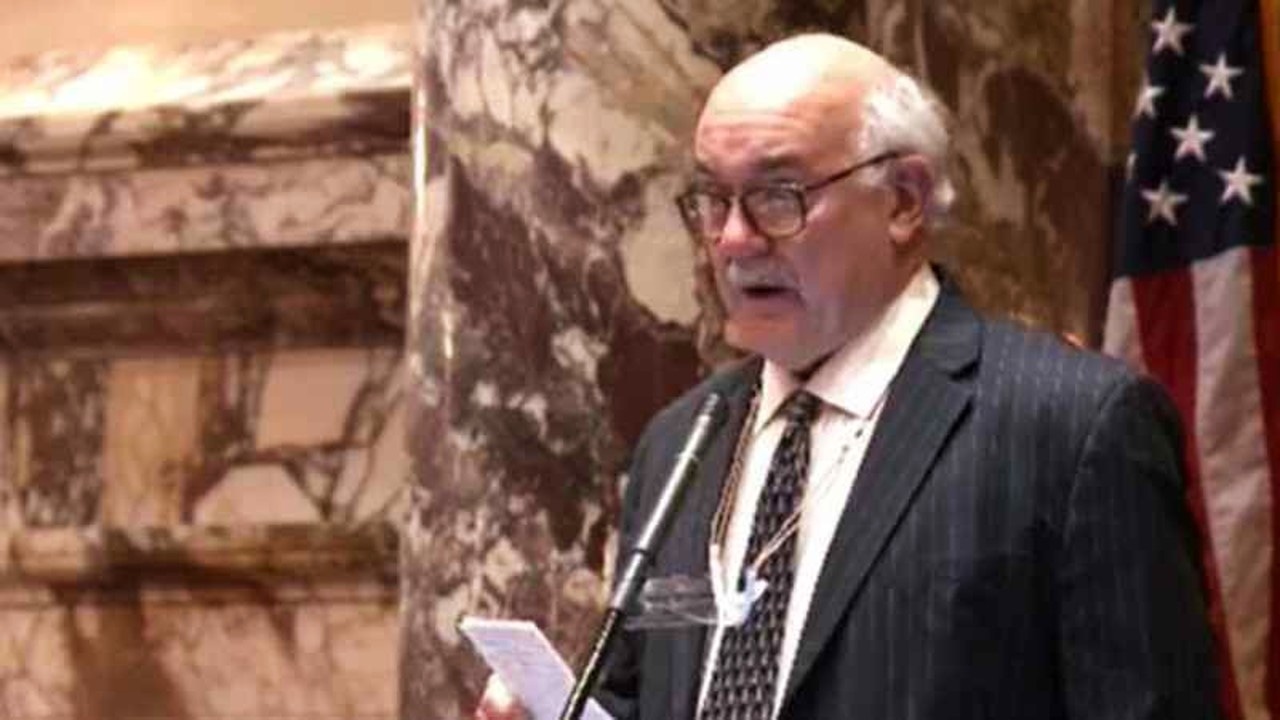 Before getting into politics, Tomassoni played high school hockey at Chisholm High School, then four years for Denver University, which included trips to two Frozen Fours. He also played on the 1984 Olympic hockey team for Italy, and even played against Wayne Gretzky in a 1982 international tournament, of which he proudly displayed a picture in his office.

In the Minnesota Legislature, he was widely respected by colleagues on both sides of the aisle for his sense of fair play and humor.

“Today I mourn the passing of my dear friend David Tomassoni. A true champion for the Iron Range and hard-working men and women across the state. The legacy he leaves is enormous, and his passion for public service benefited countless lives. His selflessness in advocating for ALS research could not save his life but may save the lives of millions who follow in his footsteps. His kindness to me, my wife Laura, and the good times we shared will live with me for the rest of my life. I send my condolences to his family during this difficult time. We lost a giant.”

“I am deeply saddened by Sen. David Tomassoni’s passing. David was a wonderful colleague, friend, and mentor not only to me, but to so many at the Capitol. It was an honor to work with him on the funding for ALS research this past session. I’m hopeful the funding from this bill will help find a cure for ALS and honor David’s legacy. Janel and I send our condolences to the Tomassoni family during this difficult time.”

“David Tomassoni will be remembered as a wonderful friend, an incredible Olympian, and a fighter for the Iron Range. For decades, he worked every day to deliver real results for workers and families—like bringing good-paying jobs to his district, improving schools, and advocating for safe conditions for miners.

“David battled ALS to the end and even participated in a committee hearing via video this week. He never stopped working for Northern Minnesota.

“There may be no better example of David’s dedication to public service than the letter he shared with his constituents following his ALS diagnosis. He wrote, “I give you my word that my brain and my body will continue to represent you with the same passion and vigor I’ve tried to give in the past.”

“Even through the greatest battle of his life, David lived up to his promise to serve. I will miss his good humor and the twinkle in his eye. I will miss his funny texts and phone calls. Like his family, I find solace in knowing he fought the good fight and will now be at peace.”

“Gwen and I are heartbroken to hear of Senator David Tomassoni’s death. We are sending love and strength to his family and so many friends at the Capitol and across the state. David was a champion for his constituents, the Iron Range, and all of Minnesota. I am honored to have known him and to have worked together to pass millions of dollars in funding for ALS research and caregiver support last session. His legacy will continue to help people in Minnesota for generations.”

“Senator David Tomassoni was a tireless advocate for his constituents and the Iron Range and a friend to so many across the state. When he was diagnosed with ALS, he turned heartbreak into action and became a fierce champion in his final months for people and families like his. I am saddened by his passing, and his family and loved ones will remain in our thoughts and prayers.”

“My heart is heavy at the passing of my friend and colleague Senator David Tomassoni. We served together in the State Senate for years and though we were often on different sides of issues, he was always gracious and represented his constituents with passion and skill. I remember him as a man with a great sense of humor, rare in the political atmosphere of the State Senate, and a political opponent who never let policy arguments detract from his natural kindness and generosity of spirit.

“Toward the end of his career, David led the charge to bolster funding and caregiving for those suffering from Amyotrophic Lateral Sclerosis (ALS), the horrific disease which eventually took him from us far too soon. David’s loss will be felt across the state in many ways and his legacy of service and leadership will leave a lasting impact for years to come.”

“May David Tomassoni rest in peace and may his memory be a blessing to all of us who loved him.

“When I first came to the Minnesota Capitol as Mark Dayton’s Chief of Staff, David was a legend among Range legislators. He was both playful and serious, and always had a trick or two up his sleeve. He was a serious legislator, hell bent on doing whatever it took to support his beloved Range. I learned a lot from him – some of it over beers. David was just fun. When I was running for Lieutenant Governor, he took me to do the early morning shift change at a taconite processing plant, and then sincerely complimented me over breakfast for only getting a handful of ‘F you’s thrown my way. To David, if no one ever flipped you off, it probably meant you weren’t trying hard enough.

“David was a one and only, we miss him already.”

“Jodi and I are saddened to hear of the passing of Senator David Tomassoni. There was no better champion for Minnesota and the Iron Range than David. I am praying for the entire Tomassoni family at this time. His tireless work and dynamic personality will be greatly missed in the Northland.”