Security in government buildings has been a major focus since the siege on the U.S. Capitol on Jan. 6.

In Minnesota, state officials are considering more changes. The discussions are just starting, but they’ll stretch into the coming months as lawmakers shape the state’s budget.

Fences currently surround the State Capitol, which has been closed to the public since June. Increased security has been prominent nearly every weekend since the election, and the riots at the nation’s Capitol this month only added fuel to the fire.

Lawmakers and members of Gov. Tim Walz’s administration are plotting out ways to keep the Capitol and surrounding government buildings safe. In the coming months, they’ll explore many options, including permanent fences, metal detectors and increased staffing.

"That’s one thing to consider as we consider to not have a whole army of State Troopers around, waiting for the extreme event to occur," Sen. Warren Limmer (R-Maple Grove) said. 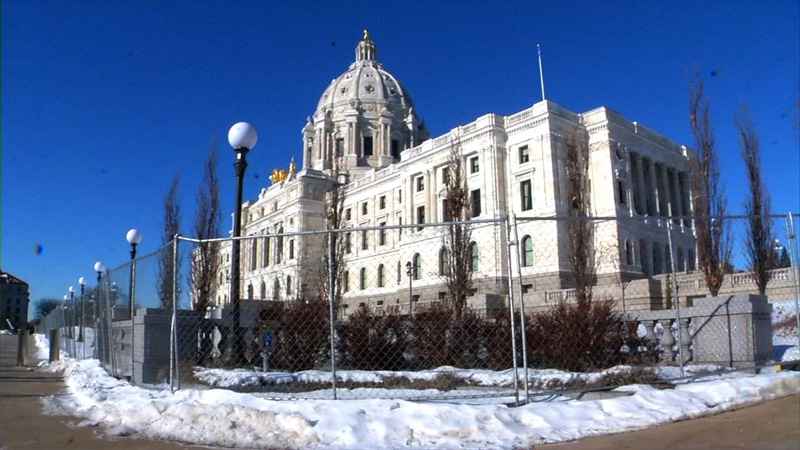 But it comes during a budget year where most of the focus on spending will be on the pandemic. The last improvements came in 2018 when the state approved $10 million for new cameras, card readers and training personnel. Officials say that fell far short of the more than $33 million needed to secure the whole campus.

"We’ve seen over the last eight or nine months that things on that land can be difficult to manage for (the Minnesota Department of Public Safety)," Director of Facilities Management Chris Guevin said.

The decisions lawmakers make could shape how Minnesotans interact with their democracy for years to come.

"This is not a short-term goal, I have no illusions that a quick fix or half-hearted attempt to secure the Capitol complex will resolve any of the underlying security problems that we face," Lt. Gov. Peggy Flanagan said. "This is a delicate balance of security and access to those who work or visit the Capitol."