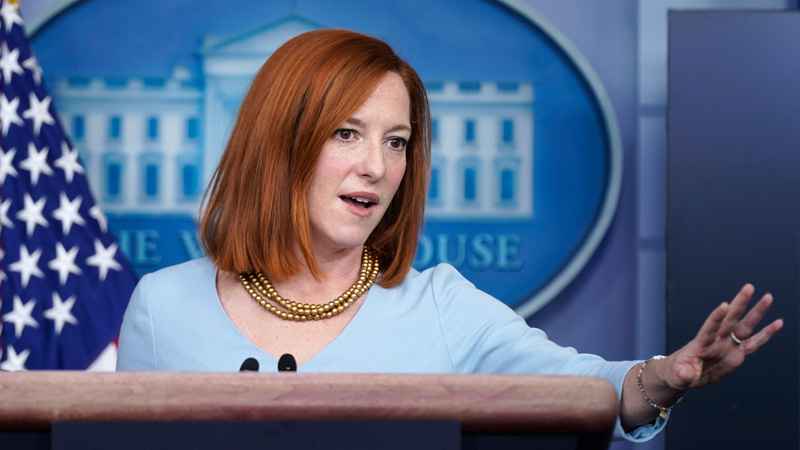 President Joe Biden is being accused of backpedaling on his pledge to reopen the nation’s schools after the White House added fine print to his promise and made clear that a full reopening is still far from sight.

Biden’s initial pledge in December was to reopen “the majority of our schools” in his first 100 days in office. In January, he specified that the goal applied only to schools that teach through eighth grade. And this week the White House said that schools will be considered opened as long as they teach in-person at least one day a week.

White House press secretary Jen Psaki defended the goal Wednesday, calling it part of a “bold ambitious agenda.” But she also said it’s a bar the administration hopes to exceed.

“Certainly, we are not planning to celebrate at 100 days if we reach that goal,” she said. “We certainly hope to build from that.”

The White House had faced increasing pressure to explain the goal as the reopening debate gains urgency. Biden had never detailed what it meant to be reopened or how he would define success. Pressed on the question Tuesday, Psaki clarified that one day a week of in-person learning would meet the mark.

“His goal that he set is to have the majority of schools – so, more than 50% – open by day 100 of his presidency,” she said. “And that means some teaching in classrooms. So, at least one day a week. Hopefully, it’s more.”

“Having only 51% of our schools reopen for as little as one day a week is not a ‘success,’” she said. “We should be working to safely get all of our children back to full-time, in-person learning.”

With the new caveat, the pledge appears much less ambitious than what Biden signaled when he first made it. In December, it seemed his promise was to reopen half of the nation’s more than 130,000 schools. When it was narrowed to K-8 schools only, the scope decreased to include the roughly 90,000 schools below high school.

Now, critics say, the goal has been moved so low it may already have been met. Data from Burbio, a service that tracks school opening plans, recently reported that 58% of K-12 students are learning in-person to some degree.

“The administration doesn’t have to exert much effort to meet this goal,” said Jonathan Butcher, an education fellow at the Heritage Foundation, a conservative think tank.

Tracking progress on the goal has been difficult due to a lack of federal data on the topic. Last week the Biden administration said it will begin collecting data from 7,000 schools showing whether they are operating online, in-person or in a combination. The Trump administration declined to gather that data, saying it wasn’t the federal government’s responsibility.

Some companies and researchers have sought to collect the data on their own, including Burbio, which reported some recent progress on schools returning to in-person classes. About 42% of students were learning entirely online late last month, the company found, down from 55% during the first week of the year.

Biden’s pledge is part of his broader plan to fight COVID-19 and jump start the economy. His $1.9 trillion plan includes $130 billion to help schools fix ventilation systems, stock up on protective gear and take other steps to open. Getting students back into the classroom is seen as a key step in getting parents back to work.

But reopening efforts have faced roadblocks due in part to slow vaccine rollouts and standoffs with teachers. While schools in some areas are teaching in-person, many remain mostly or entirely online. In cities including Chicago and San Francisco, districts have faced resistance from teachers who refuse to return until their demands are met.

Before Biden’s goal was clarified this week, even some of his top health officials expressed doubt that it would be reached. Talking to teachers last month, Dr. Anthony Fauci said Biden’s school reopening goal “may not happen because there may be mitigating circumstances,” including new strains of COVID-19.

The delays have frustrated many parents, including some whose children have been learning from home for nearly a year. In Congress, debate on reopening has become increasingly heated as Republicans oppose further school relief and say there’s evidence that schools are safe to reopen now.

The Centers for Disease Control and Prevention issued a study last month finding that, with mask wearing and other precautions, it’s generally safe to have schooling in-person. CDC director Dr. Rochelle Walensky later added that vaccinating teachers “is not a prerequisite for safe reopening of schools.”

Republicans saw the statement as further support to reopen, but the White House declined to take a firm stance on the issue, saying Walensky made the comment “in her personal capacity.” Psaki said the White House would await updated school guidance that Biden requested from the CDC.

The CDC’s guidance, which is likely to recommend safety measures and indicate when it’s safe to operate in-person, is expected to be released soon.