In video, Trump condemns deadly Capitol riot that he is accused of inciting 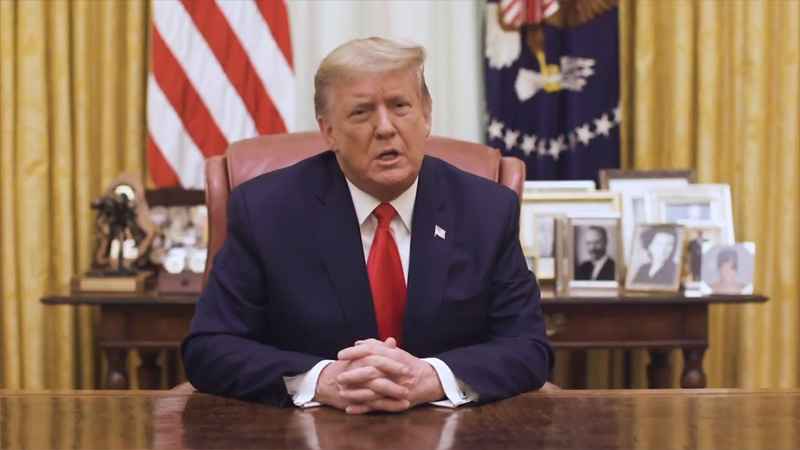 President Donald Trump has released a video condemning the violent insurrection he fomented at the Capitol last week.

The video came out Wednesday after he was impeached by the House for a record second time, this time with Republican votes. Trump also called on his supporters to remain peaceful amid concerns about additional violence in the days before President-elect Joe Biden’s inauguration.

Trump says: “I want to be very clear: I unequivocally condemn the violence that we saw last week.” He says, “Like all of you I was shocked and deeply saddened by the calamity” and “no true supporter” of his “could ever endorse political violence.”

Trump also said that he had directed federal agencies “to use all necessary resources to maintain order in Washington, D.C.” over the next week.”

Trump made no reference to becoming the first president in the nation’s history to be impeached twice.