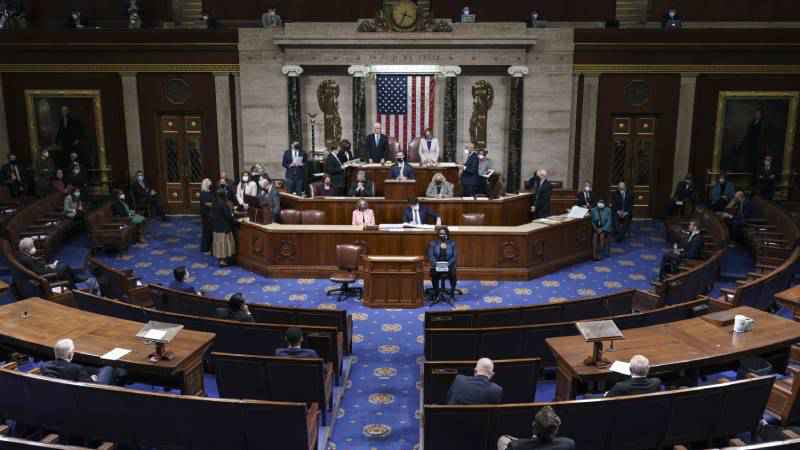 Vice President Mike Pence and Speaker of the House Nancy Pelosi, D-Calif., stand after to reading the final certification of Electoral College votes cast in November's presidential election during a joint session of Congress after working through the night, at the Capitol in Washington, Thursday, Jan. 7, 2021.[AP/J. Scott Applewhite, Pool]

Two Wisconsin Republicans objected to certifying Joe Biden’s victories in a pair of states before his win was confirmed in a meeting of Congress that was interrupted by the storming of the Capitol by a violent mob loyal to President Donald Trump.

Reps. Tom Tiffany and Scott Fitzgerald, the state’s two newest members of Congress, objected to certifying votes in Arizona and Pennsylvania. Those were the only two states where votes on objection were taken.

Texas U.S. Rep. Louis Gohmert objected to Wisconsin’s electoral votes, but no senator signed on so there was no debate over that or vote on the objection.