Wolves play well in 4th quarter in win over Kings 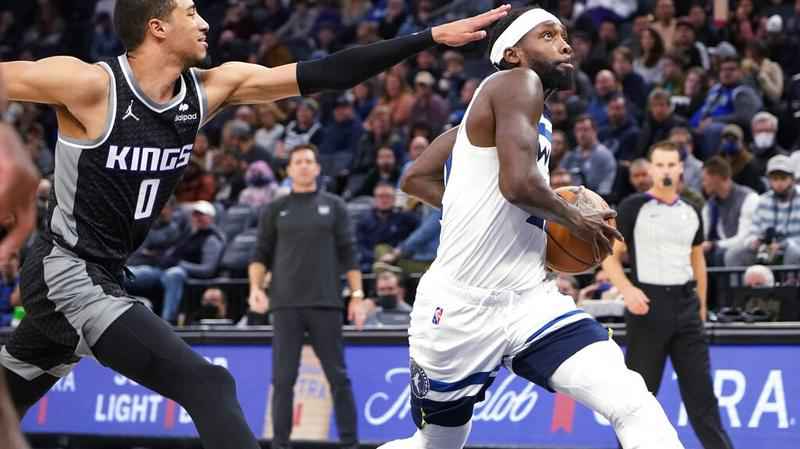 Anthony Edwards scored 16 of his 26 points in the fourth quarter and Karl-Anthony Towns had 22 for the Minnesota Timberwolves in a 107-97 win against the Sacramento Kings on Wednesday night.

Edwards hit four 3-pointers in the fourth quarter to push Minnesota to just its third win in 10 home games.

De’Aaron Fox had 28 points for the Kings and Buddy Hield finished with 16 off the bench. Sacramento had a season-high 20 offensive rebounds but lost for the fifth time in six games.

Prior to the game, Kings coach Luke Walton stressed the need for better rebounding from his team, repeatedly mentioning it in regards to matchups in the game and potential lineups going forward.

The rebounding kept Sacramento in the game.

The Kings had 13 offensive rebounds in the first half, led by Richaun Holmes with four. The focus resulted in 16 second-chance points and a close game despite the poor shooting and heavy turnover totals.

Minnesota also struggled shooting in a lackluster first half for both teams.

Towns finally took control in the third quarter. He scored the first seven points of the second half and the Wolves used a 10-2 run to take command.

The lead grew to eight and Minnesota found its shooting by going 13 of 20 from the field and 4 of 7 from 3-point range in the third quarter.

Hield, too, found his shooting stroke after going 1 of 10 in the first half. He hit four 3s and had Sacramento within one early in the fourth until Edwards countered and Minnesota pulled away.

Kings: Entered 19th in the NBA in rebounding, averaging 45.2 per game. They finished with 47 rebounds on Wednesday. … The 20 turnovers were four off a season high. … Holmes had 12 points and seven rebounds. He didn’t have an offensive rebound in the second half.

Timberwolves: Josh Okogie was inactive with back spasms. Naz Reid returned after missing one game with right foot soreness and led the reserves with eight points. … It marked the fourth time this season Minnesota has held a team under 40% shooting. … The Wolves tied a season high with 56 points in the paint.

Timberwolves: Host San Antonio on Thursday for their first back-to-back of the season.