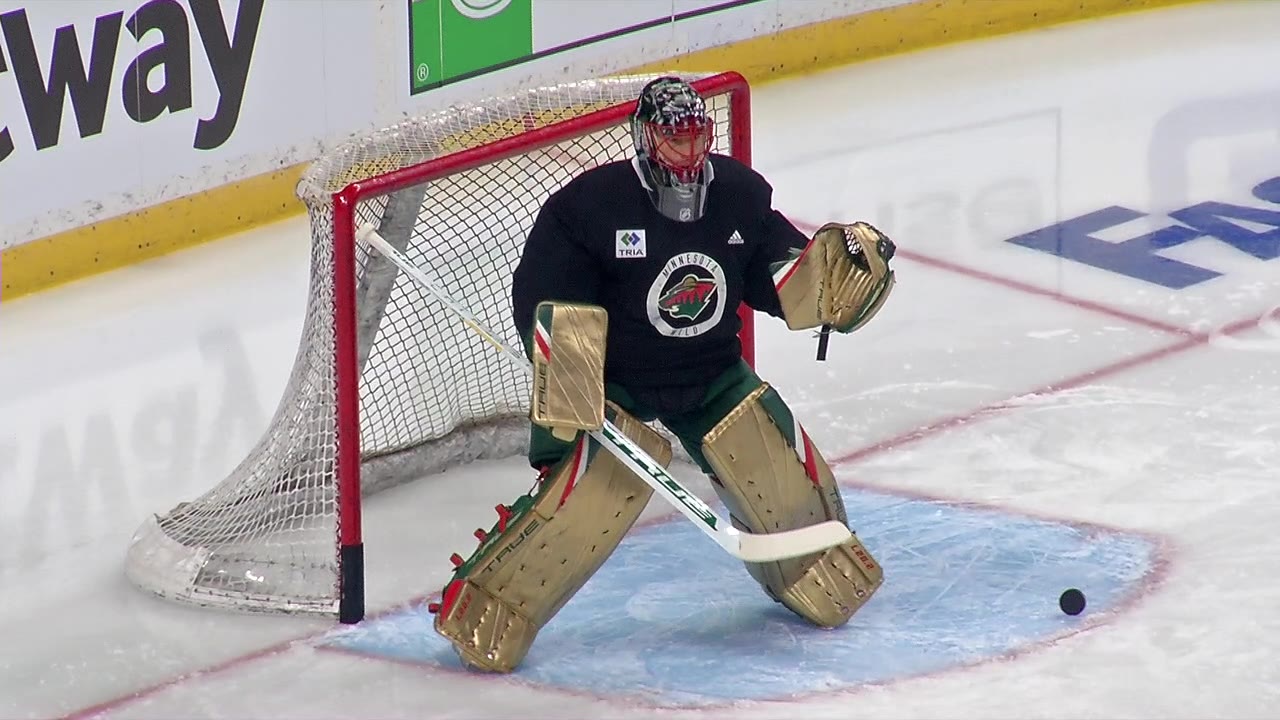 Marc-Andre Fleury is expected to start in net for the Wild in Game 1 Monday vs. the Blues.

Andre Fleury played in 11 games for the Wild last season and 45 for Chicago. He posted a 28-23-5 record with a 2.90 goals-against average, a .908 save percentage and four shutouts. He reached 25 wins for the 13th time in his career. Only two goaltenders in NHL history have recorded more 25-plus win seasons: Martin Brodeur (15) and Patrick Roy (14).

The Wild traded for Fleury on March 21, he won his first three starts in a Wild uniform.

Fleury has over 500 career wins in the NHL, and ranks third in league history in games played. He is a four time NHL All Star selection.

(The Minnesota Wild contributed information to this article.)