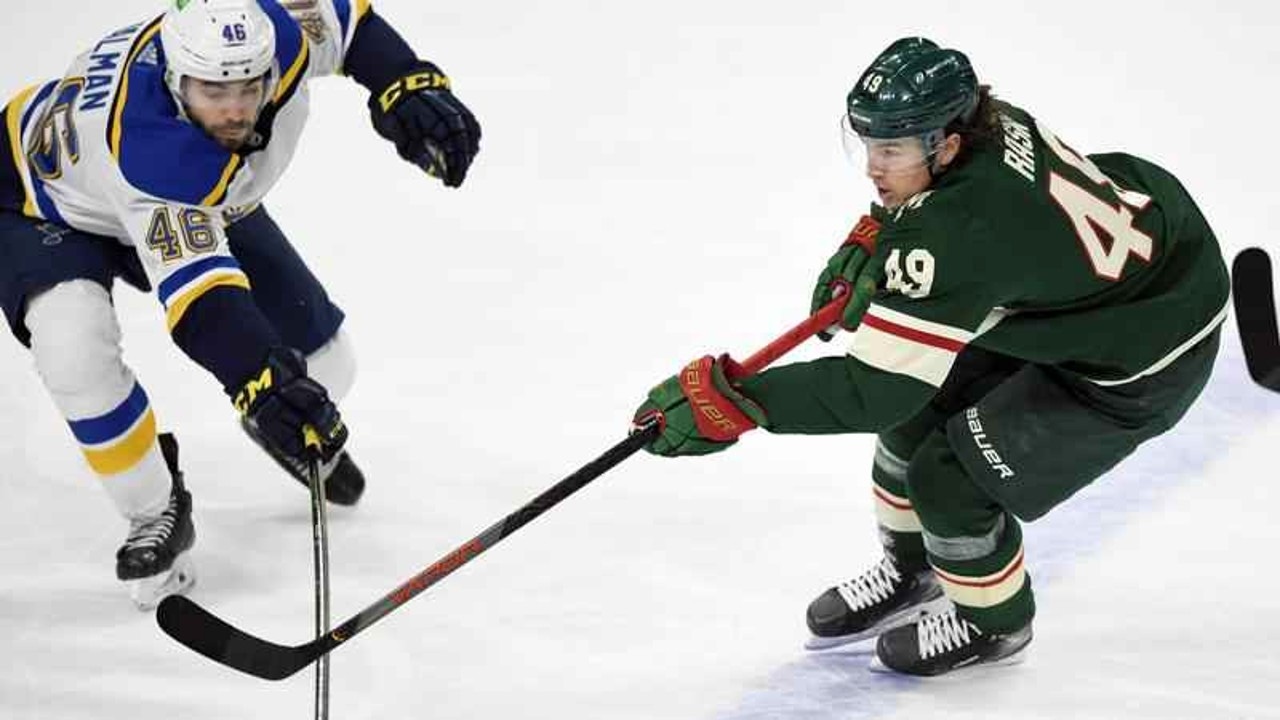 St. Louis Blues' Jake Walman (46) gets the puck away from Minnesota Wild's Victor Rask (49) during the first period. (AP/Hannah Foslien)

The Minnesota Wild had a busy Monday ahead of the NHL trade deadline, completing four trades.

After the blockbuster move to acquire three-time Stanley Cup-champion goalie Marc-André Fleury and the trade that sent goalie Kaapo Kahkonen to San Jose, the Wild sent center Victor Rask to the Seattle Kraken. The Wild retained 50% of Rask’s contract and will receive future considerations.

Rask is in the final year of a 6-year, $24 million contract and is set to become a free agent after the season. The 29-year-old was in his fourth season with Minnesota after being acquired from Carolina ahead of the 2019 trade deadline for Nino Niederreiter.

Rask was reassigned to the AHL last month after appearing in 29 games for the Wild this season. In those 29 games, he tallied 13 points (5+8=13).

Factoring in Minnesota’s two trades last week, the Wild made six trades in the week leading up to the trade deadline.