Wild GM Bill Guerin and coach Dean Evason met with reporters in downtown St. Paul on Thursday. They reviewed the season and looked ahead to a busy summer.

Kaprizov, to no surprise, was named a Calder Trophy finalist on Thursday, an award given to the best first-year NHL player.

Guerin also spent five minutes addressing the Zach Parise conundrum — he has 4-years left on his contract. Parise was a healthy scratch the first three games of the playoffs, and once in the lineup Games 4-7, wasn’t used on the power play. Guerin disagreed with Parise’s analysis that his situation was a sideshow and gave Parise credit for how professional he was handling everything. 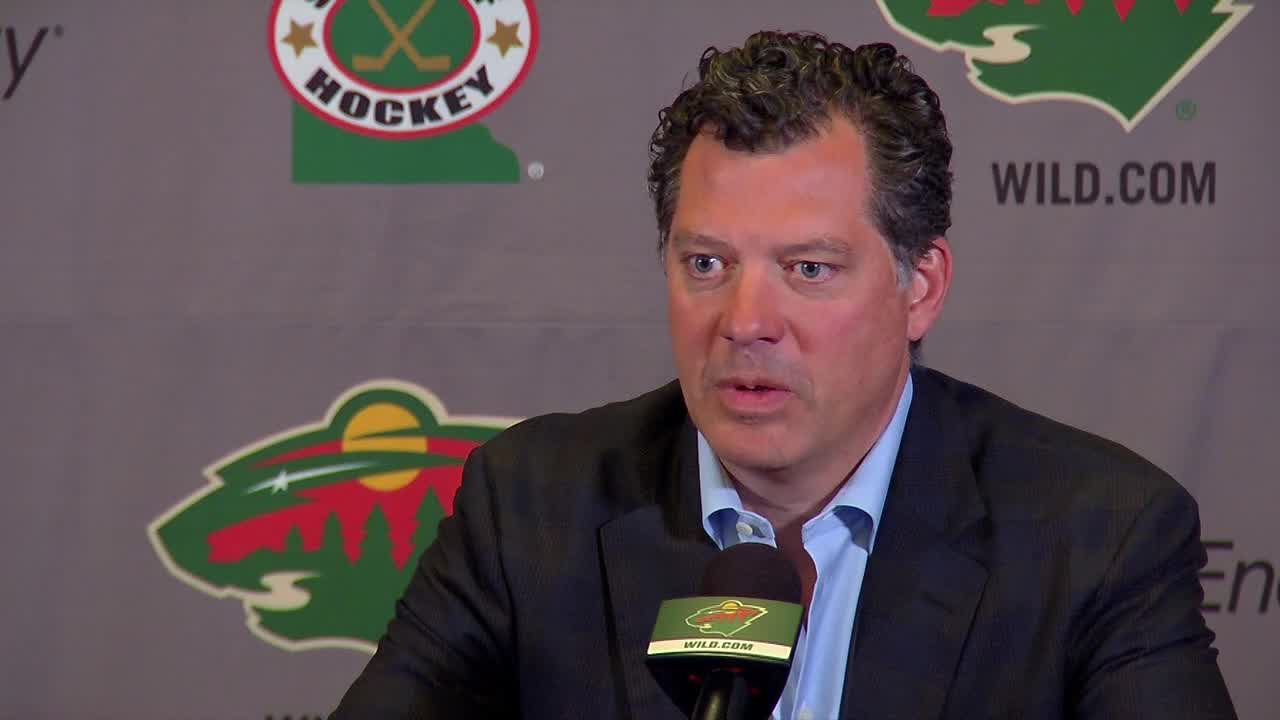 Guerin and Evason wrap up season, look ahead to busy summer

But with a belief that Parise wants to play regularly, would the Wild consider buying him out? There would be long-term salary cap hits associated with such a move, but some immediate relief and a roster opening.

Guerin truly believes that the projection is good that they can be a championship-level team.