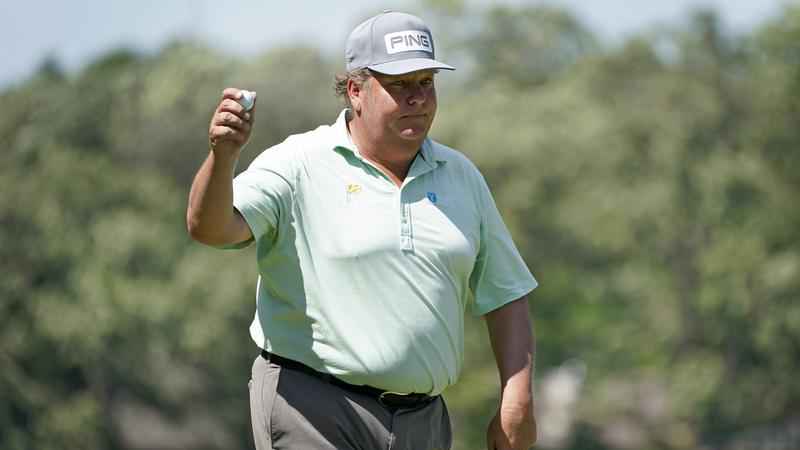 Tim Herron reacts after making a birdie putt on the 18th green during the second round of the PGA Tour Champions Principal Charity Classic golf tournament.[AP/Charlie Neibergall]

Tim Herron shot a 9-under 63 on Saturday to take a four-stroke lead in the PGA Tour Champions’ Principal Charity Classic.

Shane Bertsch and Rod Pampling were second after 67s. Doug Barron was 9 under after a 69.