The University of St. Thomas hopes to win a D-III College World Series title for the first time since 2009 before making the move to D-I next season.

They open up World Series play Friday at 1:15 p.m. vs. Adrian (Michigan) in Cedar Rapids, Iowa.

The Tommies haven’t been to the College World Series since 2014 where they finished in 3rd place. This year’s team believes their overall balance of pitching and hitting will give them a great chance to win the school’s third title in 20 years.

"This year’s team started out at 3-3, but since then have gone 31-5. We don’t hit many home runs, but we’re very good at manufacturing runs and it has led to our success this season," said Chris Olean, St. Thomas head coach.

***To see extended interviews with Chris Olean and select players, CLICK PLAY ABOVE*** 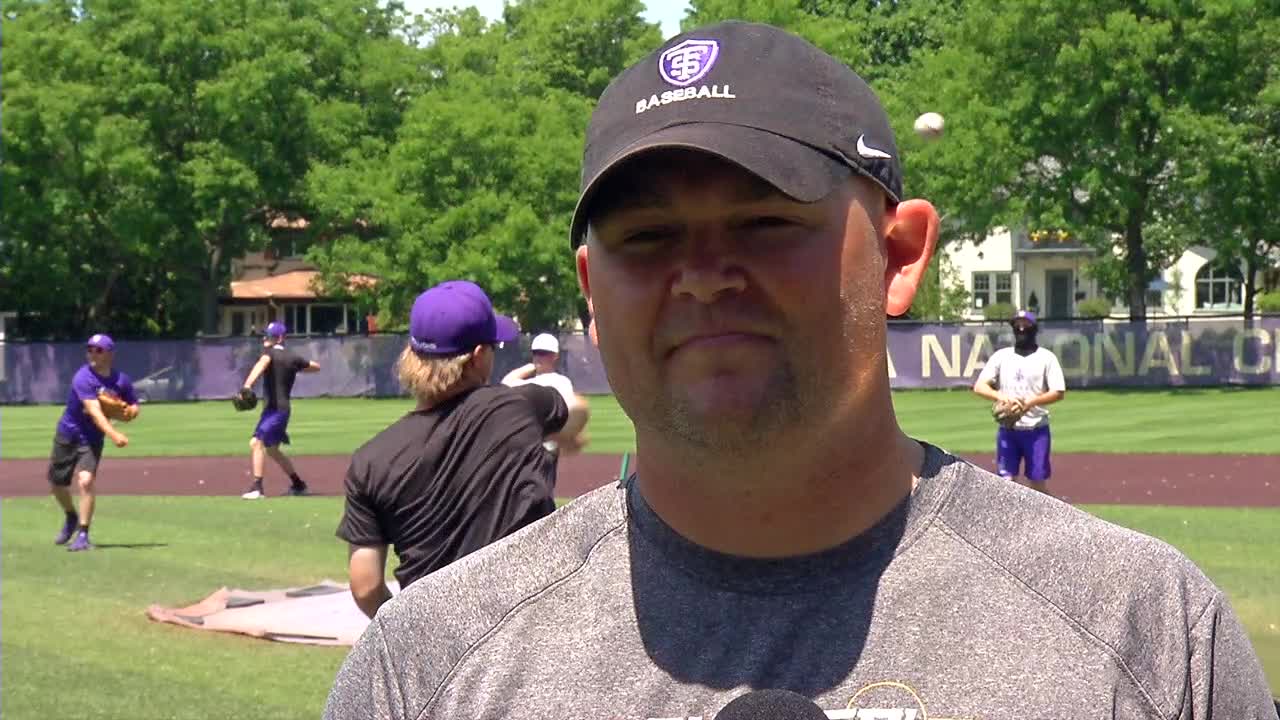 This will be the 7th trip to the D-III College World Series in St. Thomas program history. Freshman Sam Kulesa leads the team in hitting with an average of .391, but it’s a balanced lineup from top to bottom that gives opposing teams problems.

"We don’t have one or two players who can hurt you. We have different guys on any given day that can play the hero role. That’s what makes us so dangerous," said St. Thomas outfielder Avery Lehman.

Of course, you need pitching if you are going to make any kind of run in the World Series and senior Graham Laubscher anchors the staff for the Tommies.

"Our pitching staff has grown quite a bit from the beginning of the season. I have so much confidence in my teammates that I can just go out there and feel relaxed when I take the mound. If we play the way we’re capable of playing, I believe we can bring back the school’s 3rd championship in school history," Tommies senior pitcher Graham Laubscher said.