The Two Rivers football team had a single win during the regular season, but has rattled off two postseason wins after a come-from-behind 32-28 victory against Bloomington Kennedy in the Section 3AAAAA semifinal Saturday afternoon in Bloomington.

Bloomington Kennedy took a 28-17 lead with 2:04 remaining in the game.

Two Rivers found the end zone less than a minute later, Gabriel Goldenman rushed in from three years out. Plus a successful two-point conversion made it a 28-25 game with 1:10 remaining.

After an interception on defense, the Warriors scored a go-ahead touchdown in the final seconds. Goldenman threw a one-yard touchdown pass to Owen Watson with seven seconds left. 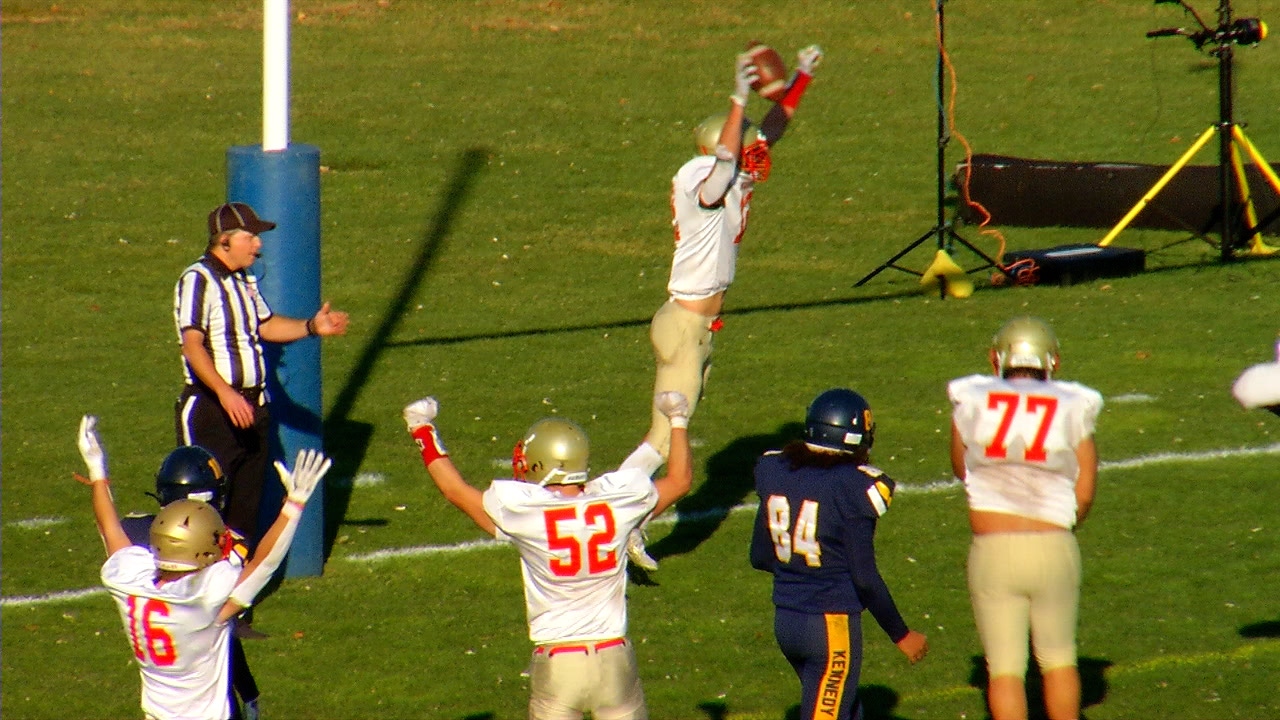 Two Rivers won the game 32-28. With the win, the Warriors will play St. Thomas Academy in the Section 3AAAAA title game on Friday Nov. 4.