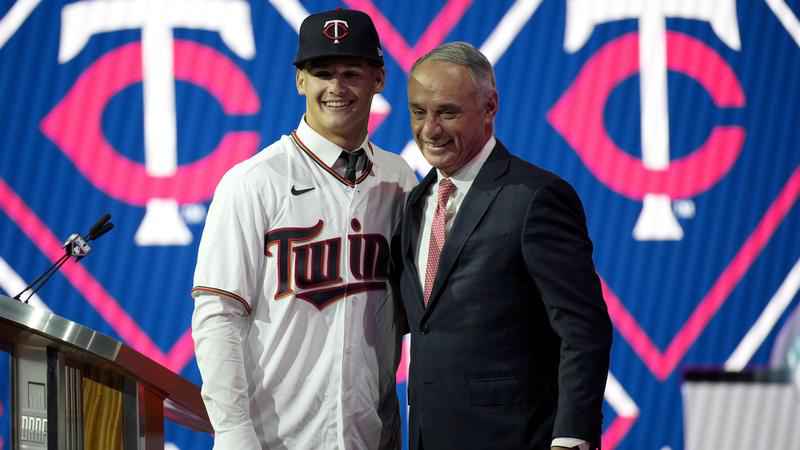 Mainland High School's Chase Petty stands with MLB Commissioner Rob Manfred after being selected by the Minnesota Twins as the 26th pick in the first round of the 2021 MLB baseball draft.[AP/David Zalubowski]

The Minnesota Twins selected right-handed pitcher Chase Petty with the 26th overall pick in the first round of the 2021 MLB Draft Sunday night in Denver, Colorado.

One of the hardest throwing high schoolers in the draft, Petty has an impressive slider to go along with fastball that is in the upper 90s.

Later in the draft, the Twins took shortstop Noah Miller with the 36th overall pick. Miller is a switch-hitter from Ozaukee High School in Fredonia, Wisconsin. Noah’s brother, Owen, made his MLB debut with the Cleveland Indians in May.

Editor’s Note: A previous version of this report indicated Mainland Regional High School was the same school Angels’ center fielder Mike Trout attended. This copy has been updated to remove that incorrect reference.