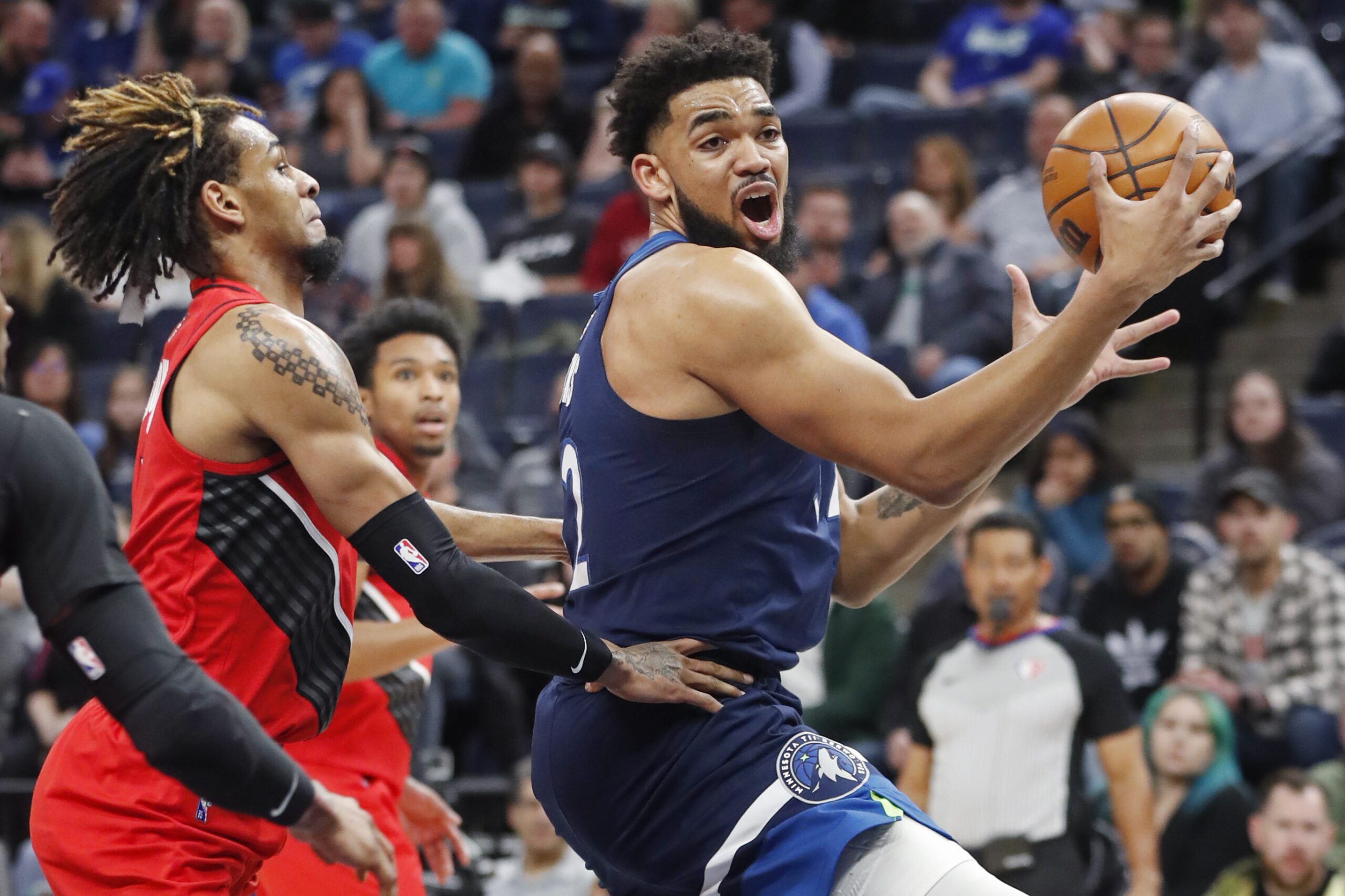 Karl-Anthony Towns had 27 points and 13 rebounds as the Minnesota Timberwolves beat the Portland Trail Blazers by double digits for the second time in three days, 124-81 on Monday night.

Malik Beasley added 19 points, and Naz Reid had 18 points and 11 rebounds off the bench for Minnesota.

Towns’ effort came in less than three quarters, as he and most of Minnesota’s starters stayed on the bench in the fourth with the game well in hand. Towns joined the home crowd in doing the wave from the bench as the Timberwolves fans reveled in their team’s blowout victory. Wolves guard Patrick Beverley added to the fun by launching T-shirts into the crowd during the fourth quarter.

Monday’s game came two days after the Wolves beat Portland by 15 points at Target Center. Towns had 36 points in that win.

Minnesota matched its season-high win streak at five games as it tries to keep pace in the Western Conference.

Brandon Williams led the Trail Blazers with 27 points. Portland has dropped five straight after winning four in a row.

Unlike Saturday, when Portland held a lead in the second half, Minnesota left no doubt about Monday’s outcome. The Wolves never let up on the way to the 43-point rout.

Both teams were without key players Monday. D’Angelo Russell, who had 14 points and 15 assists Saturday against Portland, was out with bilateral hamstring soreness. Anthony Edwards missed his fourth straight game with a left knee injury.

Portland was missing Anfernee Simons, who scored a game-high 38 points against Minnesota on Saturday. The fourth-year guard is averaging 17.3 ppg this season and missed the game with a left quad contusion.

Jaylen Nowell left the game with 1:31 left in the first half after getting hit in the face by Josh Hart’s elbow. His injury was announced as a nasal contusion and he missed the second half.

Prior to Monday’s game, Towns was named the Western Conference Player of the Week. In four games in the last week, Towns averaged 28.0 points, 9.0 rebounds and 3.0 assists as the Timberwolves won all four games during the stretch.

It’s the second time this season, and sixth time in Towns’ career, that he earned Player of the Week honors.

“He has played at an All-NBA level,” Timberwolves coach Chris Finch said of Towns. “I think he’s on the MVP ladder now.”

Timberwolves: G McKinley Wright IV was transferred to the Iowa Wolves of the G-League on Monday.

Trail Blazers: Play at Utah on Wednesday for the final game of a four-game trip.