Western Michigan linebacker Ryan Selig announced this week that he plans to transfer and play his final college season for the Gophers. He committed to Minnesota after a visit over the weekend.

We spoke with Selig to find out why he wants to be a Gopher.

A two-year starter for the Broncos, Selig finished third on the team in total tackles (73) this past season. He also had 5.5 tackles for loss, 1.5 sacks, three quarterback hurries, one pass break-up, one forced fumble, and one fumble recovery.

Selig joins his WR Corey Crooms as Western Michigan transfers who are joining the Gophers. 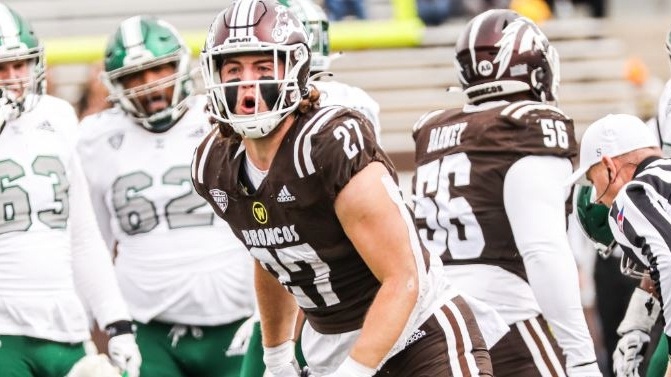