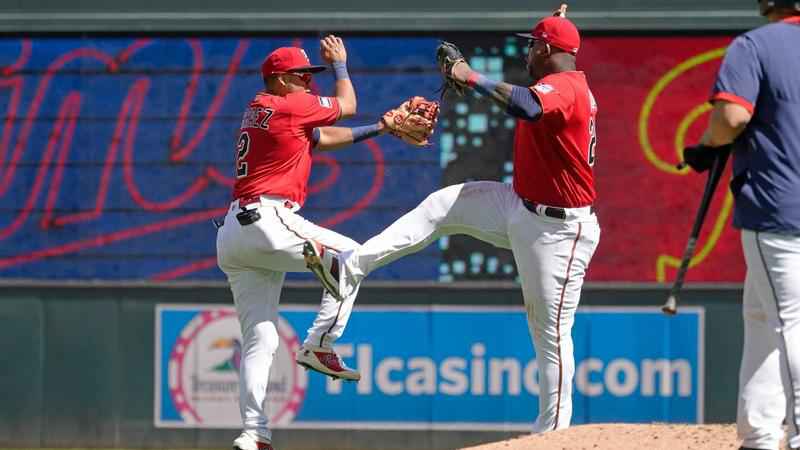 Rookie Bailey Ober shut out the White Sox into the sixth inning, Jorge Polanco homered and the last-place Minnesota Twins took another series from a playoff contender, beating Chicago 1-0 on Wednesday.

Minnesota took two of three from AL Central-leading Chicago after winning three of four at Houston, which leads the AL West.

Caleb Thielbar (4-0), Juan Minaya and Alex Colomé worked 3 2/3 hitless innings in relief of Ober, with Colomé getting the last three outs for his seventh save in 11 chances.

José Ruiz (1-2) allowed Polanco’s homer in the sixth, his lone inning of relief. Reynaldo López threw three scoreless innings as an opener after the White Sox placed left-hander Carlos Rodón on the 10-day injured list before the game and altered their rotation.

Chicago started the day with a 10 1/2-game lead in the Central built largely from their results against Minnesota and the rest of the division. The White Sox went 13-6 against the Twins this season and are 37-25 in divisional play.

After losing the series opener 11-1 the Twins bounced back with a pair of strong starts from rookies.

Griffin Jax struck out 10 batters on Tuesday. Starting against Chicago for the fifth time in 13 starts this season, Ober allowed six hits and one walk with six strikeouts.

Rodón was scheduled to start Thursday’s "Field of Dreams" game in Iowa against the New York Yankees. Instead, Lance Lynn will be pushed back to start.

White Sox manager Tony La Russa announced that he will miss Thursday’s game to attend the funeral of a relative. Miguel Cairo will manage the team.

White Sox: C Yasmani Grandal was sent to Double-A Birmingham to begin a rehab assignment. Grandal, who’s hit .188 with 14 homers and 38 RBIs in 63 games this season, has been out since July 6 with a torn tendon in his left knee. … RHP Matt Foster was recalled from Triple-A Charlotte to take Rodón’s spot on the roster. … SS Tim Anderson, 3B Yoán Moncada and CF Luis Robert all got a day of rest. Robert had played two games after returning from the 60-day injured list.

Twins: 3B Josh Donaldson (hamstring) was out of the lineup on Wednesday, but manager Rocco Baldelli said he was feeling good after being the DH in Tuesday’s game. Donaldson was available off the bench and is set to play in the field on Friday. … Baldelli said he’s gotten good reports on rehabbing RHPs Randy Dobnak (right middle finger strain) and Luke Farrell (right oblique strain) after they threw bullpen sessions. They are scheduled to throw again on Friday.

Twins: Michael Pineda (4-7, 3.83) starts the opener of a three-game home series against the Tampa Bay Rays on Friday. Pineda has lost his last two starts, giving up four earned runs over 10 innings.