As Major League Baseball rounds third and heads for home in the 2021 season, the Twins never got to first base. They have never fully recovered from a slow start.

We touched on that and what 2022 could bring with president of operations Derek Falvey.

***Click the video box above to see the 5-Eyewitness News package featuring Falvey, followed by the full Q&A***

What it’ll be interesting to follow the rest of this season is what prospects get the call up. Pitcher Joe Ryan and infielder Jose Miranda with AAA-St. Paul are both prime candidates. Rosters expand from 26 to 28 players on Sept. 1, although both would first have to be added to the 40-man roster. 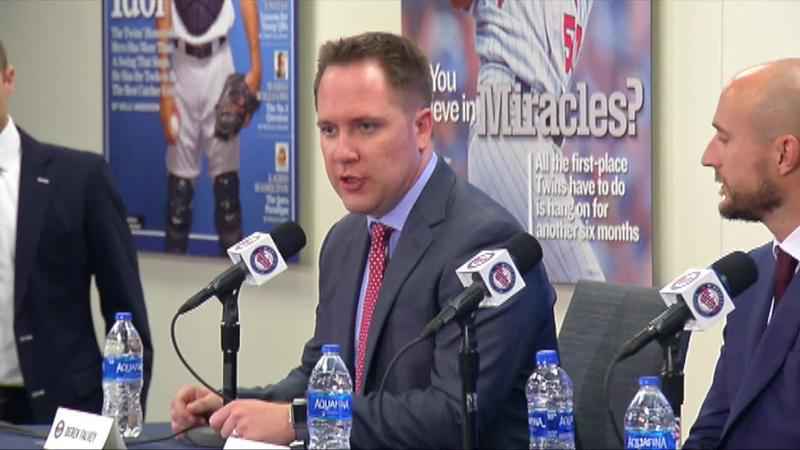 President of operations Derek Falvey celebrates his 5 year anniversary with the Twins in October.[KSTP/Jeff Brioschi]