Among the 11 pitchers the Twins drafted this week is Nebraska’s Cade Povich. The Twins selected Povich in the 3rd round, No. 98 overall.

We caught up with the lefty, via Zoom. He’s expected to sign his contract in the next week, something he’ll do in Fort Myers.

***Click the video box above to watch our conversation with Povich***

A 2021 first-team All-Big Ten selection, Povich anchored Nebraska’s rotation this season. Povich posted a 6-1 record and a 3.11 ERA over 15 starts, with 88 strikeouts to 22 walks. Povich posted double-digit strikeouts in a game twice in 2021, including a career-high 12 in 6.0 innings against Ohio State on March 12. The 6-3 left hander thrived in his first full season in Lincoln after he was limited to just four starts during the COVID shortened 2020 season.

A native of Bellevue, Neb., Povich went to South Mountain CC for one season before returning to Nebraska. 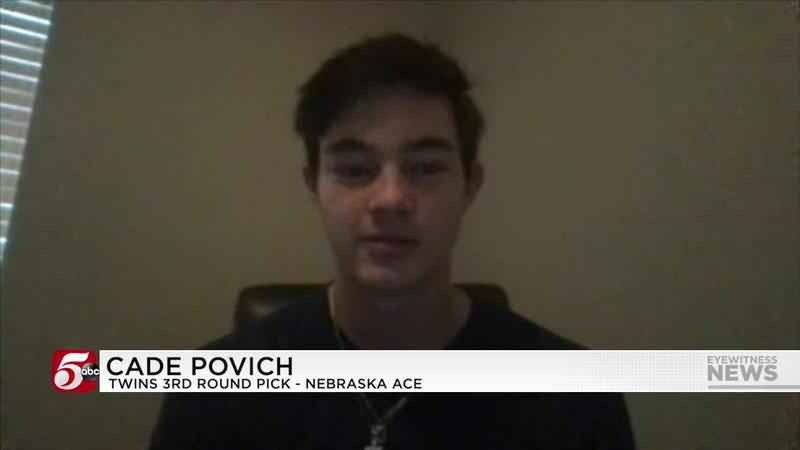 Nebraska ace Cade Povich talks to KSTP, via Zoom. The Twins selected him in the 3rd round.[Zoom/Darren Wolfson]

Povich told KSTP that his change-up is his best pitch.