Prior Lake seniors, Martin Owusu and Greg Johnson officially signed on to play college football at the University of Minnesota Wednesday morning. Part of National Signing Day across the country.

Owusu is a 6-foot-3, 290 pound defensive lineman. Wisconsin offered Owusu a scholarship on Tuesday but he decided to stay home and play for the Gophers.

“I think the biggest thing is, I like where they have me playing,” said Owusu. “Since I’m not as tall I can play interior d-line, and the weight I’ve put on is going to help me with that.”

Johnson is a 6-foot-6, 305 pound offensive lineman. He is considered to be a four star recruit. 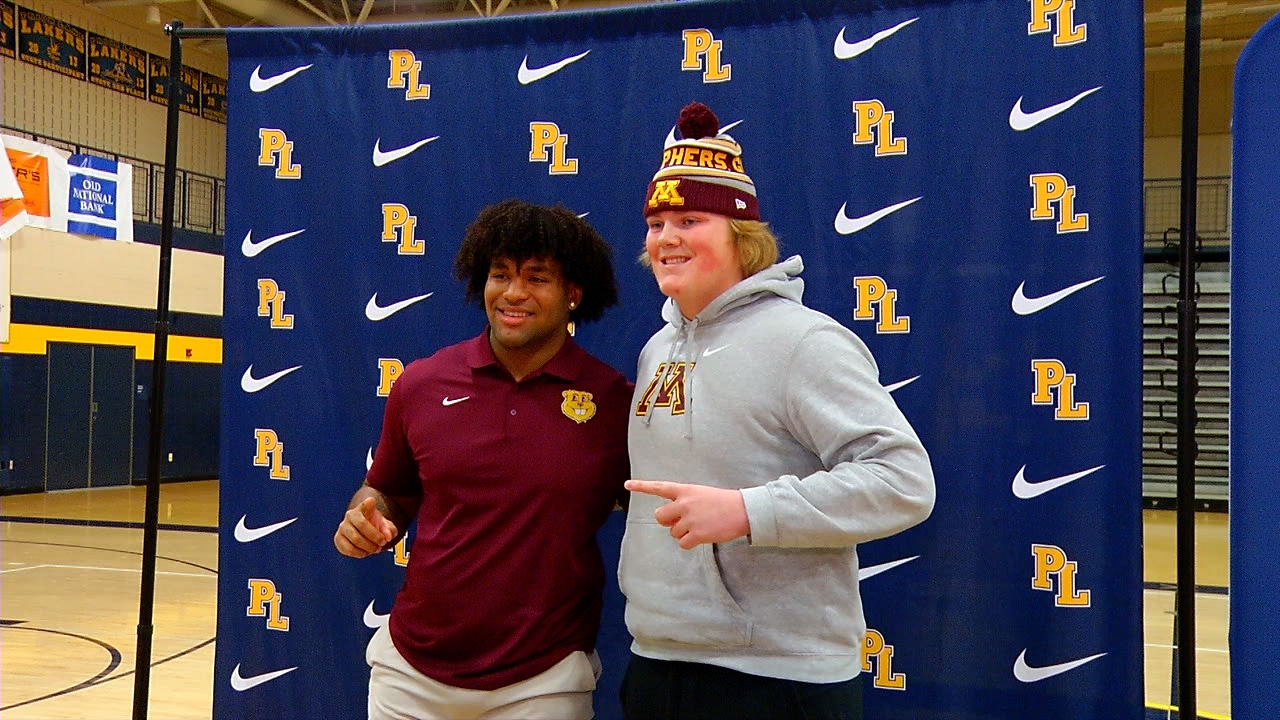 “It’s definitely exciting for everything to wrap up, and for me to sign the papers and be a Gopher,” Johnson said. “It took a lot of hard work, but that’s expected, I don’t mind that.”

Both Owusu and Johnson plan on enrolling at Minnesota early and participate in team workouts in the spring.