While pickleball has been around for nearly 60 years, it has seen considerable growth in the last two decade. Over 3 million people play the sport, and in Minnesota, the sport has no boundaries.

"Once you start playing, it’s so addictive. You make so many friends. I haven’t had this many in my life," said Greg Gee.

***To see Schmit’s story on pickleball in Minnesota, CLICK THE PLAY ICON ABOVE***

On a February day in Prior Lake, Gee and his wife, Kristin, met up with friends Jack and Mariyln Olwell for a match. It happened to be 16 degrees, but in true Minnesota fashion, the elements didn’t deter these folks from playing outside. 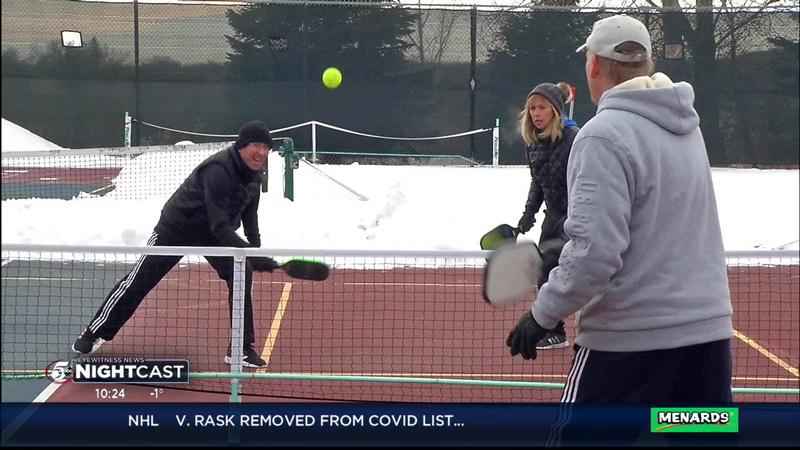 Pickleball is being played in Prior Lake, even in the winter.[KSTP/Jeff Brioschi]

"Nobody thinks you’re crazy when you go cross-country skiing. You’re out exercising in the cold and the snow. The hardest thing is to find a court than it is to play in the cold," said Jack Olwell, a Farmington native.

"When I was sitting in my car getting ready to play I said this is dumb, (laughs), but it’s worth it, " said Marilyn Olwell.