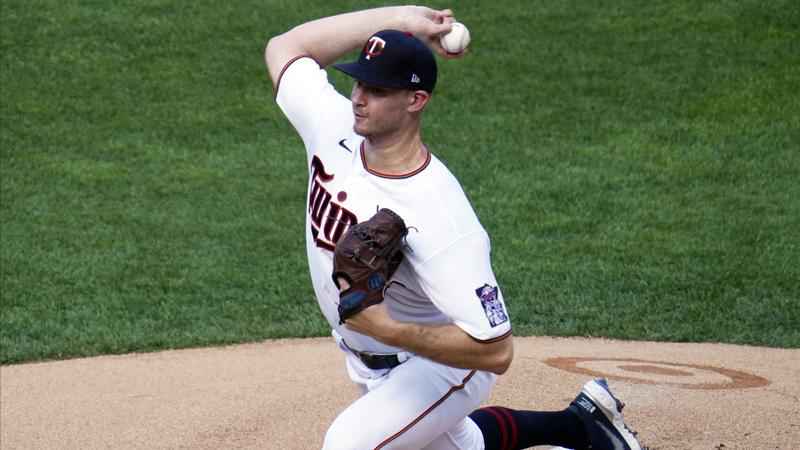 Ober (1-1) hit the milestone in his seventh career start, with seven strikeouts and two hits and three walks allowed. In two previous turns against the White Sox, he gave up nine runs in 7 1/3 innings.

Kepler hit a two-run home run in the second. With an RBI single by Trevor Larnach and a two-run triple from Nick Gordon, the Twins built a 6-1 lead and gave White Sox starter Dylan Cease (7-4) the hook in the sixth inning.

Then the AL Central leaders surged back with a four-run seventh, getting a two-run single by Leury García against Caleb Thielbar and a two-run triple by Yoán Moncada off Tyler Duffey.

Moncada was thrown out at the plate trying to score on a chopper to third for the first out of the inning, and then the Twins turned to their best reliever to take back control. Taylor Rogers got five outs, four by strikeout, in a superb six-batter appearance.

Hansel Robles pitched a scoreless ninth for his eighth save.

These rivals have had a tense season on the field, if not in the standings, from rookie Yermín Mercedes angering the Twins with a home run off a 3-0 pitch from position player Willians Astudillo in May to Josh Donaldson irritating the White Sox with an insinuation that the drop in spin rate on Lucas Giolito’s pitches is tied to baseball’s crackdown on sticky substances.

The White Sox brought a 14 1/2-game lead on the last-place Twins into the series, having won eight of the first nine matchups this year by a cumulative 76-37 score, but Ober was up to the task. The 6-foot-9 right-hander set the tone by striking out the side in the first inning. He fanned José Abreu twice, before the slugger took Thielbar deep in the sixth for his team-leading 15th homer.

Cease beat the Twins last week with three-hit, two-walk ball over six innings, but he didn’t have it this time. He lasted 5 1/3 innings and allowed six hits and three walks.

Kepler recorded his 10th career multihomer game when he took Ryan Burr deep in a two-run eighth that gave the Twins some room for Robles to work.

With the Twins left behind in the division race and likely headed for seller mode this month before the trade deadline, the occasion was merely symbolic. Still, the gates at Target Field were open at 100% capacity for the first time since 2019, and a season-high crowd of 20,321 came out on a sweltering night that featured 10 free food stations around the ballpark for all ticketholders. The temperature at first pitch was 94 degrees.

White Sox: Catcher Yasmani Grandal returned from a two-game absence to tightness in his left calf, only to be forced out during his at-bat in the sixth inning when he aggravated the muscle injury on a checked swing. He hopped around in pain in his lower left leg and writhed around in the grass before being helped off. … Moncada was back after missing three games with a bruised right hand.

Twins: DH Nelson Cruz, who was named to his seventh All-Star Game, sat out for the second straight game with a stiff neck. The injury has been exacerbated by a lingering chest cold that has come with severe coughing. Cruz was seeing a doctor before the game as a precaution. … Donaldson was also sidelined for a second straight day due to a strained right hamstring.

White Sox: LHP Carlos Rodón (6-3, 2.37 ERA) will take the mound on Tuesday night, his first turn since being selected for his first All-Star Game and his last before the break. Rodón joined Lance Lynn and Liam Hendriks to give the White Sox three All-Star pitchers for the first time since 2006.