He picked the Nittany Lions over numerous offers that included Minnesota, Arizona State, Nebraska and Washington.

Townley, who also had interest from Division-I schools for basketball, is a 4-star defensive end.

He made the announcement in front of a small group of family, coaches and administrators Wednesday morning in the Minneapolis North gym. 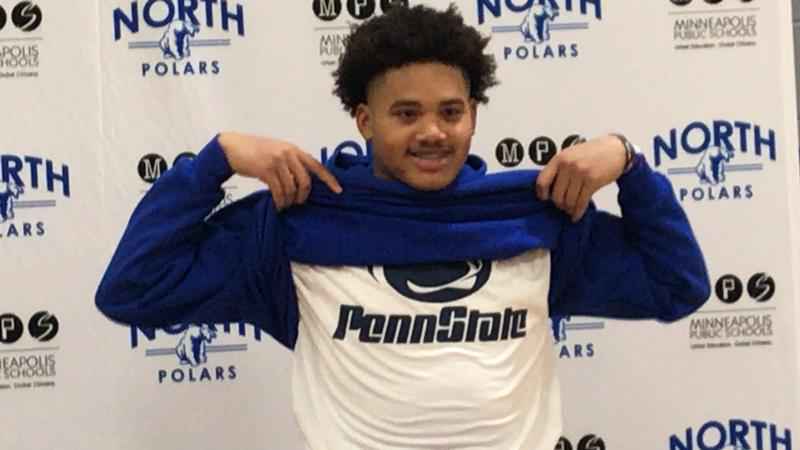 Minneapolis North's Davon Townley announces his college commitment by lifting up his sweatshirt top reveal a Penn State tee shirt during his signing ceremony in the school's gym.[KSTP Sports]

While most of the nation’s top players previously signed letters of intent during the early signing period, Townley waited until today’s start of the "regular signing period" to make sure he was comfortable with the decision.

He cited his relationship with Penn State coaches – notably head coach James Franklin – as a big factor in the decision.

Townley noted in his announcement he’ll be the first member of his family to attend college, and hopes he serves as an example for his younger family members and other kids in the community.