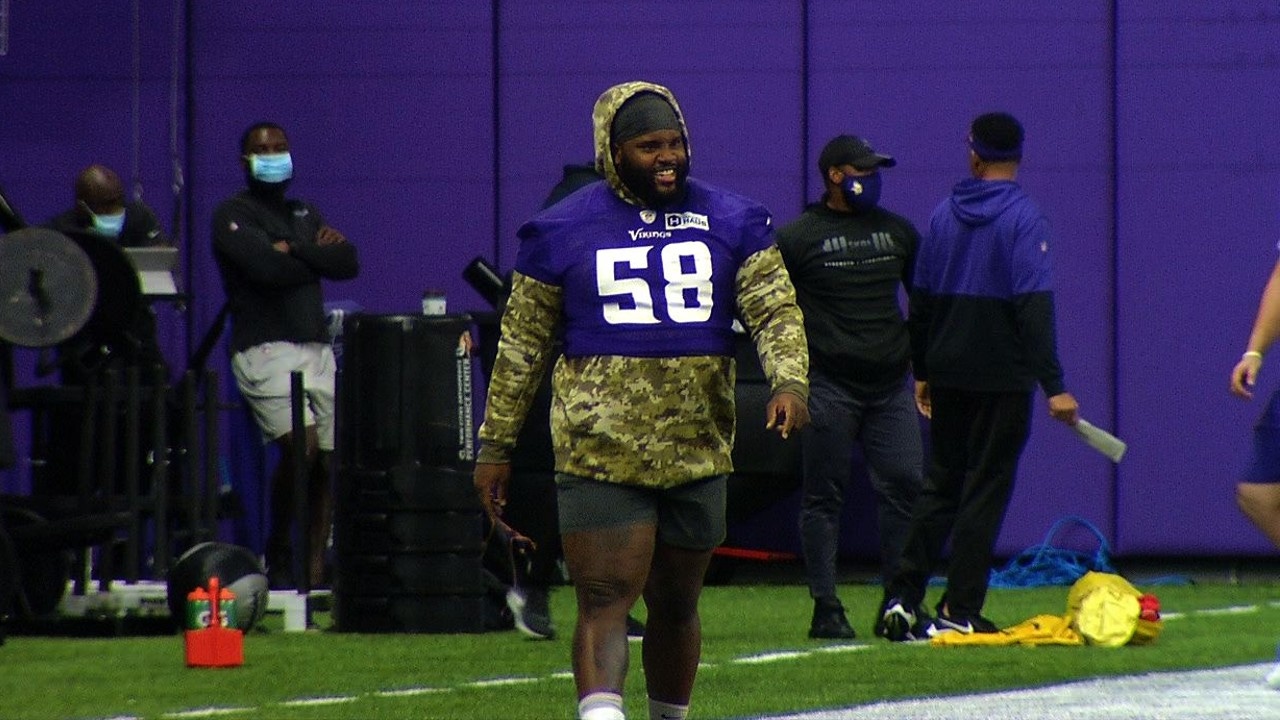 Vikings defensive tackle Michael Pierce sits out of a practice as he recovers from injury. (KSTP/File)

The Minnesota Vikings have made multiple roster moves.

Members of the 5 EYEWITNESS NEWS sports team have confirmed the following moves by the team:

Pierce was signed to a three-year deal in 2020 but opted out of the first year due to COVID-19. He then played eight games last year amid a series of injuries, totaling 20 tackles, 3 sacks, 3 tackles for loss and a forced fumble.

His release clears some cap space for the Vikings.

In addition, the agent for kicker Greg Joseph announced the restricted free agent has been tendered. The team says they have tendered a one-year contract with Joseph.

The moves came after the start of the legal tampering period for NFL free agency on Monday, with free agency officially opening Wednesday afternoon.