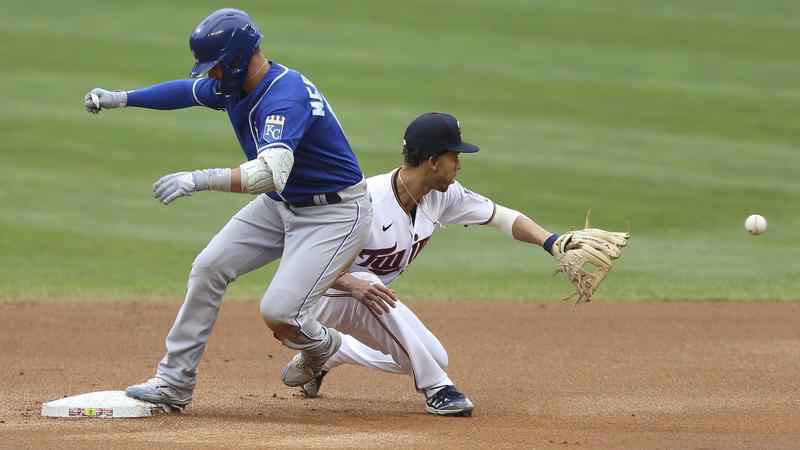 Andrew Benintendi and Hunter Dozier each drove in two runs for Kansas City, which had dropped three of four. Dozier hit a solo drive in the ninth inning for his sixth homer.

Kyle Zimmer, Scott Barlow and Greg Holland combined for four hitless innings in relief. Holland worked the ninth for his third save in five chances.

Minnesota went 2 for 11 with runners in scoring position and stranded 10 runners.

Matt Shoemaker (2-6) gave up five runs in 4 1/3 innings. Ben Rortvedt hit his first career homer for the Twins after being recalled from Triple-A earlier in the day.

The Twins loaded the bases in the first against Keller, but managed just one run on a bases-loaded walk to Trevor Larnach.

Rortvedt gave Minnesota a 2-1 lead with a leadoff drive in the second.

The Royals grabbed control with four runs in the fifth. Merrifield hit a tiebreaking RBI single, and Benintendi had a sacrifice fly.

The Twins loaded the bases with none out in the bottom half, but only managed one run on Miguel Sanó’s double-play grounder.

Sanó came to the plate with a total of eight runners on base in three of his four at-bats, striking out twice and hitting into the double play.

Royals: Slugger Jorge Soler was out of the lineup a day after leaving with groin discomfort, but manager Mike Matheny said he was feeling much better Sunday.

Twins: OF Max Kepler was placed on the injured list due to his lingering left hamstring strain. Kepler tweaked the injury in Saturday’s game, according to manager Rocco Baldelli. Rortvedt was recalled to replace Kepler. … Baldelli said RHP Kenta Maeda’s right adductor strain has improved, but Maeda is still having biceps and arm soreness.

Twins: RHP José Berríos (5-2, 3.67 ERA) will start Monday as Minnesota begins a series in Baltimore. Berríos allowed three runs — one earned — in 5 2/3 innings in a win against the Orioles in his last start. RHP Jorge López (1-6, 5.80 ERA) is expected to start for Baltimore.