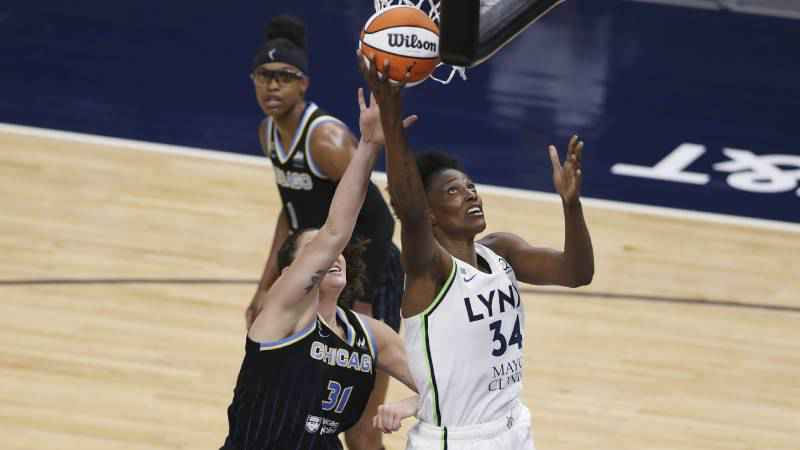 The Minnesota Lynx announced on Monday that center Sylvia Fowles has been named Western Conference Player of the Week for the 13th in her career.

Fowles led Minnesota to two straight victories, averaging 28 points on 63.9% shooting from the field, 6.5 rebounds, 3 steals and 4.5 blocks in on an average of 39 minutes a game. She recorded two double-doubles against the Atlanta Dream (26 points, 19 rebounds) and the Las Vegas Aces (30 points, 14 rebounds).

In other Lynx-related news, Lakeville native and guard Rachel Banham has been waived by the team.

Banham was originally acquired by the team on Feb. 25, 2020, via a trade with the Connecticut Sun, who selected the former University of Minnesota star with the No. 4 overall pick in the 2016 WNBA Draft.